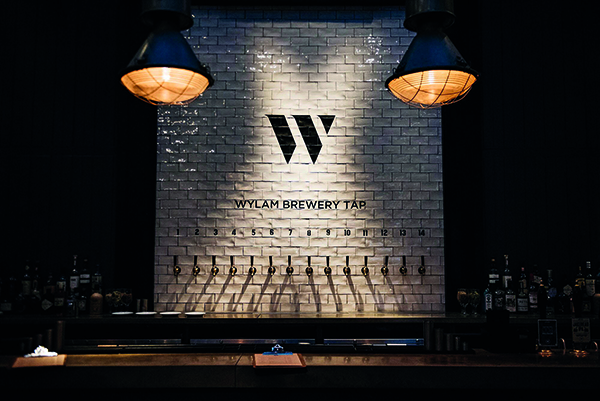 Derelict for the best part of a decade, a Grade II listed building in Newcastle is enjoying a new lease of life as a brewery. The building was constructed as part of the North East Coast Exhibition of 1929 but now operates as the headquarters for Wylam Brewery – the north east’s leading craft brewery.

Alongside the fully operational brewery, there is also a tap room. The transformation of the building took twelve months to complete and has been warmly received. In April 2018, Wylam Brewery was recognised with two RICS Awards, North East in the ‘Commercial’ and ‘Tourism & Leisure’ categories. This industry recognition was just reared for projects architect xsite architecture, main contractor One Concept and interior designer Julie Chambers.

“Any successful project involves a lot of hard work and commitment by a whole team of people. Awards provide recognition of that hard work especially when it comes from those within your industry.”

The original layout comprised a series of rectangular gallery spaces arranged around the central octagonal hall. These gallery spaces have now been repurposed alongside the addition of a small mezzanine and external spaces. At the heart of Wylam Brewery is the octagonal Grand Hall. This unique and multi-functional space can host a variety of events, from live music and weddings to corporate events and festival parties. The Grand Hall has a standing capacity of 800, 350 for the theatre and 200 for dining. 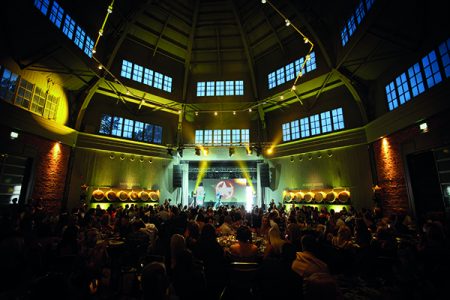 The rear half of the building is occupied by a state-of-the-art 30BBL brewery. The rest of the brewery’s facilities including the Brewery Tap, offices, kitchen and foyer space are arranged around the Grand Hall.

One of the key design aspects of the project was the desire to open the building up and create a connection with the surrounding landscape. The original building has been designed as an art gallery and was entirely inward looking with no windows. A connection to the park and boating lake directly outside the building was therefore achieved through the introduction of new windows and glazed doors that sit comfortably in the existing elevation. While a number of new services and features have been installed, a conscious effect was made to ensure the original fabric of the building was retaining and enhanced.

Work on the project began in April 2015; construction started in September 2015 and was completed in May the following year.

The Brewery Tap has quickly established itself as a popular destination for craft beer connoisseurs. Open four days a week, Thursday through Sunday, the Tap serves the freshest Wylam Beers including exclusive brews only available on site. Guest keg lines are also regularly changing and complement an extensive bottle and can range. Visitors to the Tap can also make the most of the tap kitchen. The kitchen serves small plates of traditional meals with a local twist. Traditional Sunday roasts are a particular highlight and use locally sourced fine cuts.

Wylam Brewery is not the first time xsite architecture has received RICS Award recognition. The firm has previously won 3 times, including the prestigious ‘Building of the Year’ in 2012 for the Toffee Factory.

To find out more about Wylam Brewery, please visit www.wylambrewery.co.uk.