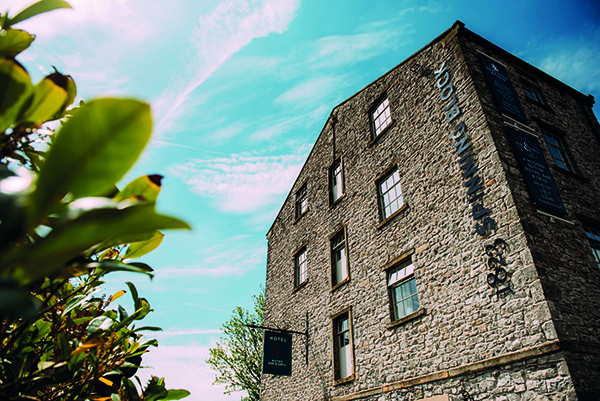 One of the North’s leading hospitality groups has just opened the region’s newest hotel at a £10million mill conversion on the Lancashire/Yorkshire borders. James’ Places, which has eight design-led hospitality venues across the North, has now expanded its hotel portfolio with the conversion of the Spinning Block at Holmes Mill in Clitheroe.

The fashionably affordable hotel occupies part of the mill complex, which also houses the groups head office plus Bowland Brewery, the Beer Hall featuring the longest bar in Britain, and the show case of Lancashire produce, the Bowland Food Hall.

Established in 1823, Holmes Mill has grown from a humble spinning block to the beating heart of Clitheroe’s cultural and culinary scene. Following its initial construction, the mill quickly grew from one building to many, becoming a manufacturing complex and four-storey office by 1848. Purchased by James’ Places in 2015, the Grade II listed building has now been transformed into a drinking, dining and leisure destination.

The 39-bedroom hotel, along with the Bistro and Bar & Grill forms the latest phase in the hospitality group’s redevelopment of the largely derelict textile mill. Work on the development was undertaken by Stanton Andrews Architects, with Frank Ireland Ltd acting as the main contractor alongside an enthusiastic team of in house trades managed by Andrew Riley. Soft furnishings were singly-handedly made by Ellaine at Carella who provided curtains and cushions throughout the buildings.

Speaking to Premier Hospitality magazine about the development, Christine Lee, Interiors Guru at James’ Places said: “It has taken a lot of time and effort but we wanted to give the hotel its own individual identity. We are not a chain, each of our sites are refurbished to respect the building and that buildings history.

“We started repairs and renews in early 2016 to the roof, windows and external envelope. We opened the Brewery first followed by the beer hall. Phase two saw the refurbishment of the Spinning Block which we wanted to have a more glamorous industrial feel with an air of opulence.”

In keeping with the rest of the mill, the hotel is stylish and imaginatively designed while remaining sympathetic to the buildings heritage. Its interior décor is described as ‘opulent industrial’ and has a distinctive art nouveau style.

Christine added: “Throughout the build we have considered everything, restoring what we can, and bringing back a lot of the buildings story. We have reused timbers that were originally floorboards and we have managed to up upcycle where possible.

“In the hotel, because it was previously a textile mill we have used Abraham Moon Fabrics with wool plaid curtaining & soft furnishings, architectural inspired wall papers, desk lamps as beside lamps and contemporary glass console tables as dressing tables.

Following this phase of the development, the group plans to open a pool, spa and gym next year.

Operations director Maurice Camm said: “We have already seen a high number of enquiries from a range of potential customers, including bridal parties and wedding guests attending ceremonies and celebration at Holmes Mill. The mill is fast becoming a very popular wedding venue and the hotel means couples can base everything for their big day around the site.

“Other interested parties are tourists visiting the Ribble Valley, businesses looking for the perfect venue for corporate use and people attending events at the mill, such as our live music and comedy sessions”

Christine concluded: “The development has completely transformed the town centre of Clitheroe and has made a massive impact, in a positive way, to the town.

“I have felt very passionate about the project from the word go. Both James Warburton, who owns all of the businesses, and I feel passionate about brining something back to life. It was in a very sorry state when we took it on board and I think at one point it was even going to be demolished. I love the fact that we have managed to put so much life and love back into the building and restore it to a thing of beauty and purpose.” 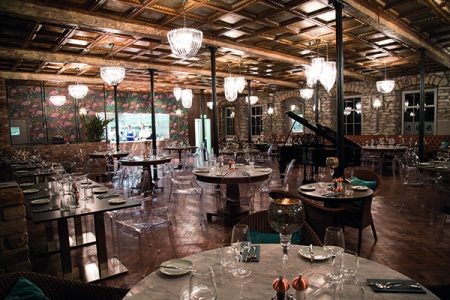 Christine and the team at James’ Place would like to thank: