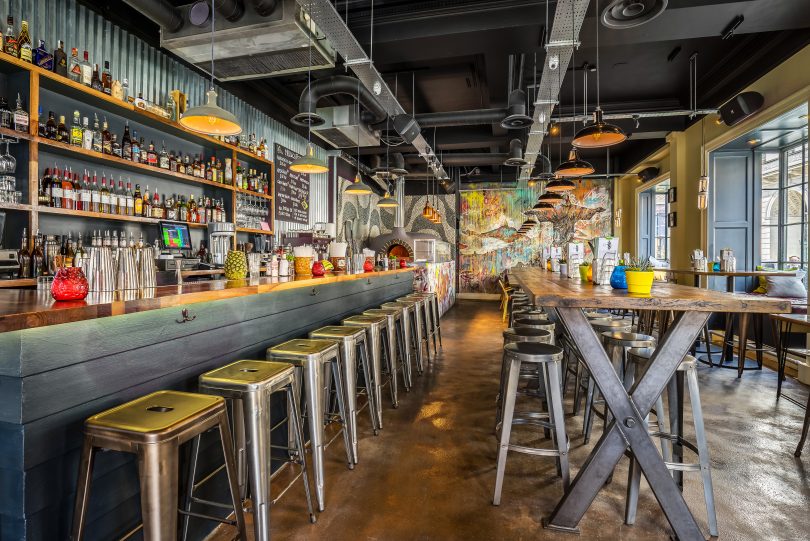 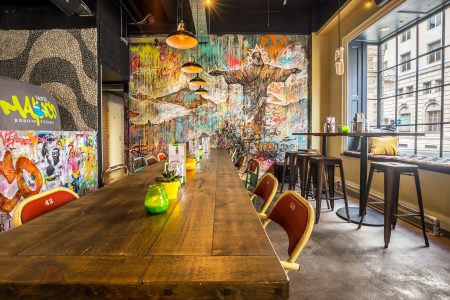 Graffiti Spirits, the independent bar and restaurant group owned by Matt Farrell and John Ennis, has announced that UFC star and local legend Darren Till, has bought a 25% share in his favourite Liverpool restaurant, Santa Maluco. Along with MMA fighter Mark Scanlon, he will make up 50% of the business.

Till has been a regular visitor to Santa Maluco’s for the last year and it’s not just because of the unbeatable pizza, there’s a sense of nostalgia for the both him and Scanlon in the restaurant too, as the pair used to visit another Rodizio-style (all you can eat) pizza place every week whilst they trained to fight in Brazil.

On joining the Graffiti Spirits Group team, Darren Till comments: “I’ve known the guys from Graffiti Spirits Group for a while now and have been really impressed by their impact on the Liverpool food and drink scene. John and Matt have been a great support to me over the years, so it’s really great to be able to partner up with them with Santa Maluco. It’s been a favourite for me and my friends since it opened, so it feels good to finally be a part if it properly.”

Like John and Matt, Darren is Liverpool born-and-bread and takes enormous pride in his city. He is currently competing welter-weigh UFC, and after a recent win on home turf is hoping to go global in his next fight.

At Santa Maluco, all pizzas are cooked in a traditional, wood fired, handmade oven, bringing the most authentic pizza experience possible to the plate. All pizzas are 18 inch and are made completely from scratch by a team of experienced and talented pizziolas. Favourites include: ‘What the Duck’, featuring shredded duck, spring onions, cucumber, char siu, ’Mac & Cheese’ featuring Mac & Cheese, mozzarella, Parmesan, pancetta

And ‘Return of the Mac’- a pizza take on the classic ‘Big Mac’’ burger.  Wanting to keep the menu fresh and seasonal, elements change on a weekly basis, with an exciting range of daily specials also available.