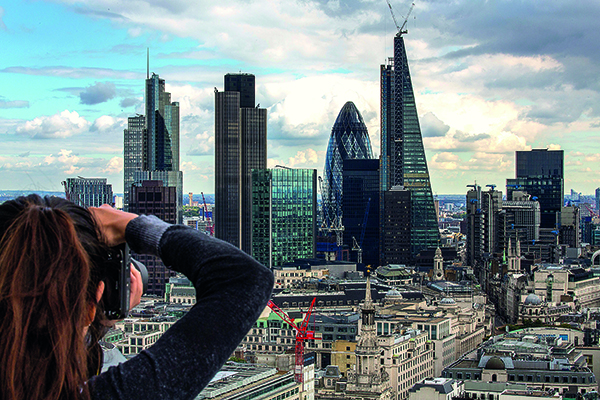 One of two RIBA National Award 2018 winning projects for Rogers Stirk Harbour + Partners, The Leadenhall Building is a landmark property in The City of London. Having already received a RIBA London Award 2018, the development now has national industry recognition.

The Leadenhall Building, also known as ‘The Cheesegrater’ on account of its distinctive sloping shape which is designed to protect views of St Paul’s Cathedral, comprises 610,000 sq ft of office and retail space over 46 floors. The building was officially opened in October 2015 and is owned by C C Land. It was developed as a joint venture between British Land and Oxford Properties

Located directly opposite Lloyd’s of London in the heart of the City of London, construction on the building began in September 2011 with Laing O’Rourke acting as main contractor.

The standout feature of the of the building’s design is its tapering shape, angled at 10 degrees, which was prompted by planning requirements.

Internally, the ground level reception is one of the largest in the City and at its highest point is taller than six new Routemaster buses stacked on top of one another. The floors, meanwhile, have been designed to meet the highest quality office space standards. Spaces can be configured in multiple ways and the building’s unique shape means offices come in various shapes to suit multiple business needs. The passenger lifts, located in the building’s north core, as the fastest panoramic lifts in Europe.

The building was given a royal seal of approval when the Duke of Cambridge and Prince Harry attended its official opening. As well as admiring views from the building’s 42nd floor, they were also presented with a bespoke Lego model of the building. The model was created in tribute to the pioneering techniques employed in its construction whereby 80% of the building, including the 18,000 tonne steel structure, was pre-fabricated before being assembled on site.

As well as its recent RIBA National Award success, the Leadenhall Building has received others accolades such as City of London Building of the Year 2015. To find out more, please visit www.theleadenhallbuilding.com.

Rogers Stirk Harbour + Partners is an award-winning, international architectural practice based in London. Over the past three decades, RSHP has attracted critical acclaim with innovative projects across Europe, Asia, Australasia and North America. The practice is experienced in designing a wide range of building types including office, residential, transport, education, culture, leisure, retail, civic and healthcare. 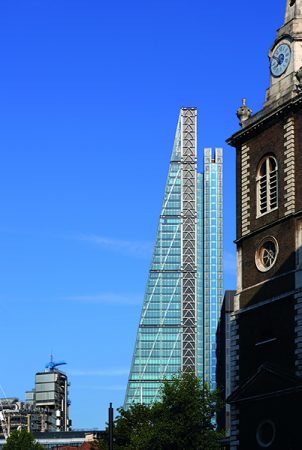