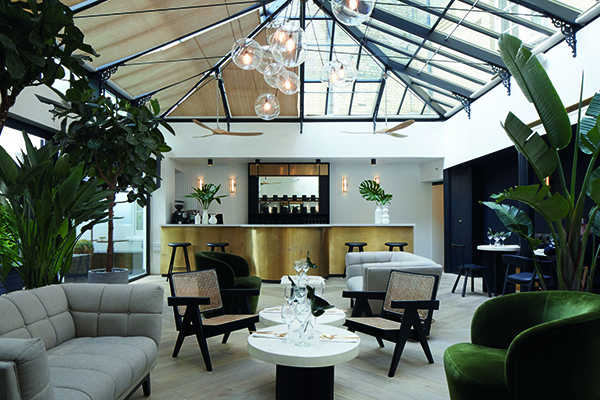 Located within the heart of one of London’s trendiest districts, My Chelsea is an intimate boutique hotel that has been welcoming guests for over 15 years.

The hotel recently underwent a major interior refurbishment, led by award-winning practice Design Haus Liberty. The new look takes a great deal of inspiration from the surrounding area and incorporates a strong botanical feel. The hotel has been opened up with brand new sculptures and bespoke feature lighting designed specifically for the Hotel is a particular highlight.

“We have previously worked in the building when we designed the LMS medical spa located in the lower ground floor of the Hotel. Upon its completion we were approached by the owner of the My Chelsea in regards to a refurbishment and make-over of the entire hotel.

“Due to its location in Chelsea, the main parameters in regards to the design were to develop a relation to both the high end, chic district of Chelsea and its annual feature, the Chelsea Flower Show, which led us to the theme of botany.  The My Chelsea also has a beehive on the roof and is really supportive of organic honey and producing their own honey. It is where botany and flowers would be combined with a serene boutique environment.”

“We removed most of the walls and completely optimised the spatial layout. The first experience is how you enter the space. We’ve painted the whole entrance lobby in raven black which draws even more focus on the bespoke feature light which we designed particularly for this space. It directs you through this dark and chic space right into the large, now open, conservatory full of tropical greenery. The finishes are monochrome combined with brass, supplemented with DH Liberty Lux Pear lights which provide an organic counterpart to the existing structural framework of the greenhouse. You feel like you are in a garden.”

The aim with the conservatory was to create a living room type feel and this has been achieved to such an extent that the space is now known as The Living Room. The Living Room is now home to tasty treats, from fine blend coffee and tea to light bites and desserts. It is also home a continental breakfast buffet for guests and locals, seven days a week, and a raw delicatessen shop which serves guilt free and healthy desserts, raw juices and salads from Tanya’s Kitchen.

Working within a tight budget meant Sofia and her team had to think outside the box and get creative, which has helped enhance the design. Rather than discard furniture from the previous design, for example, it has been recycled back into the space following slight changes such as new upholstery or structural tweaks. Sofia added:

“So far the feedback has been very positive. From what we’ve seen in person the reactions have always been magnificent.”

To find out more about My Chelsea and its offering, please visit www.myhotels.com/chelsea. 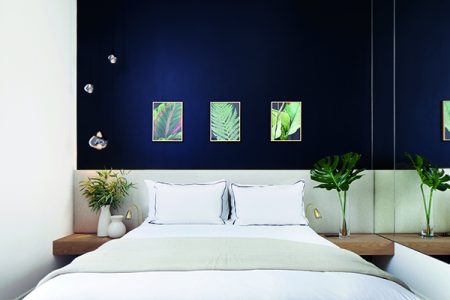 Founded in 2013 by Dara Huang, Design Haus Liberty is an award-winning architecture and interiors practice. Based in central London, the company has worked on a number of prestigious projects both in the UK and abroad from new-builds to refurbishments and fit-outs.