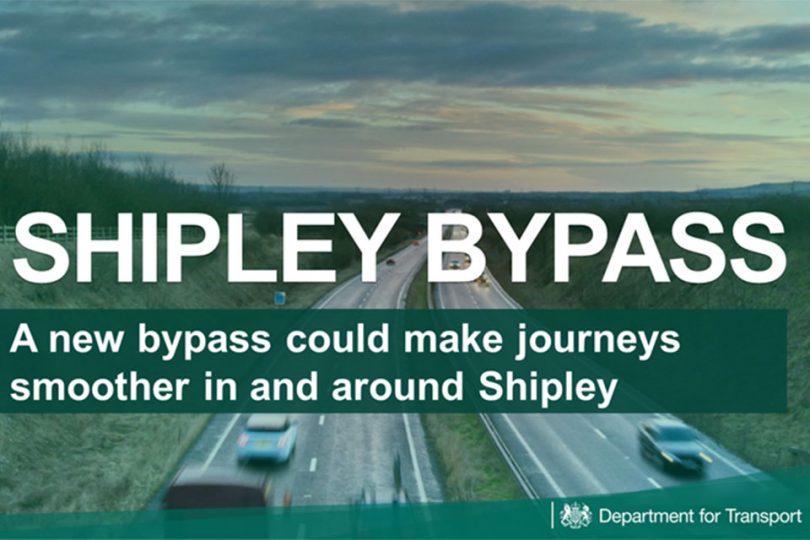 Shipley residents and businesses could benefit from a new road to ease town centre traffic, following a government-funded study to explore the impact of a bypass.

Transport Secretary Chris Grayling announced £300,000 for Bradford Metropolitan District Council to carry out the study on a bypass around the east of Shipley.

The funding was revealed during a meeting at engineering firm Produmax, where the Transport Secretary met business leaders to discuss how an eastern bypass could have positive effects on the area’s economy.

He also announced that Highways England will spend £500,000 on improvements to the A1 at junction 47 near Harrogate, helping to increase capacity on the road, reduce queuing and improve journey times.

Transport Secretary Chris Grayling said: “This government is investing record amounts in our roads, spending £6 billion on improving journeys in our towns and cities and boosting local economies.

“We are spending £3 billion on making journeys in the north of England faster and more reliable, and tackling congestion.

“I’m pleased to announce funding for this feasibility study which will provide clarity on whether an eastern bypass can deliver tangible benefits for the area, as well as improve the lives of people in and around Shipley.”

The upgrades to the A1 will be carried out by North Yorkshire County Council, supporting the creation of new jobs at the planned Flaxby Green Business Park.

The money comes from Highways England’s £100 million fund to help local growth and housing schemes get off the ground.

Highways England Chief Executive Jim O’Sullivan said: “Our roads are vital for the country and its economic success; they connect businesses and communities and support employment and new homes.

“These improvements on the A1 will ensure our roads continue to improve journeys and unlock the potential for new jobs and homes.”

The Shipley bypass feasibility study could uncover evidence of the wider benefits of a new bypass to the town; for example, by cutting congestion in the town centre by moving traffic onto an alternative road.

It will also explore how a route around the east of the city could improve air quality and remove barriers to economic growth.

If found to be viable, a relief road would provide a second crossing of the River Aire at Shipley and potentially create access to future development opportunities, including new housing.

Any future decisions on whether a bypass is built will depend on the outcome of the feasibility study.