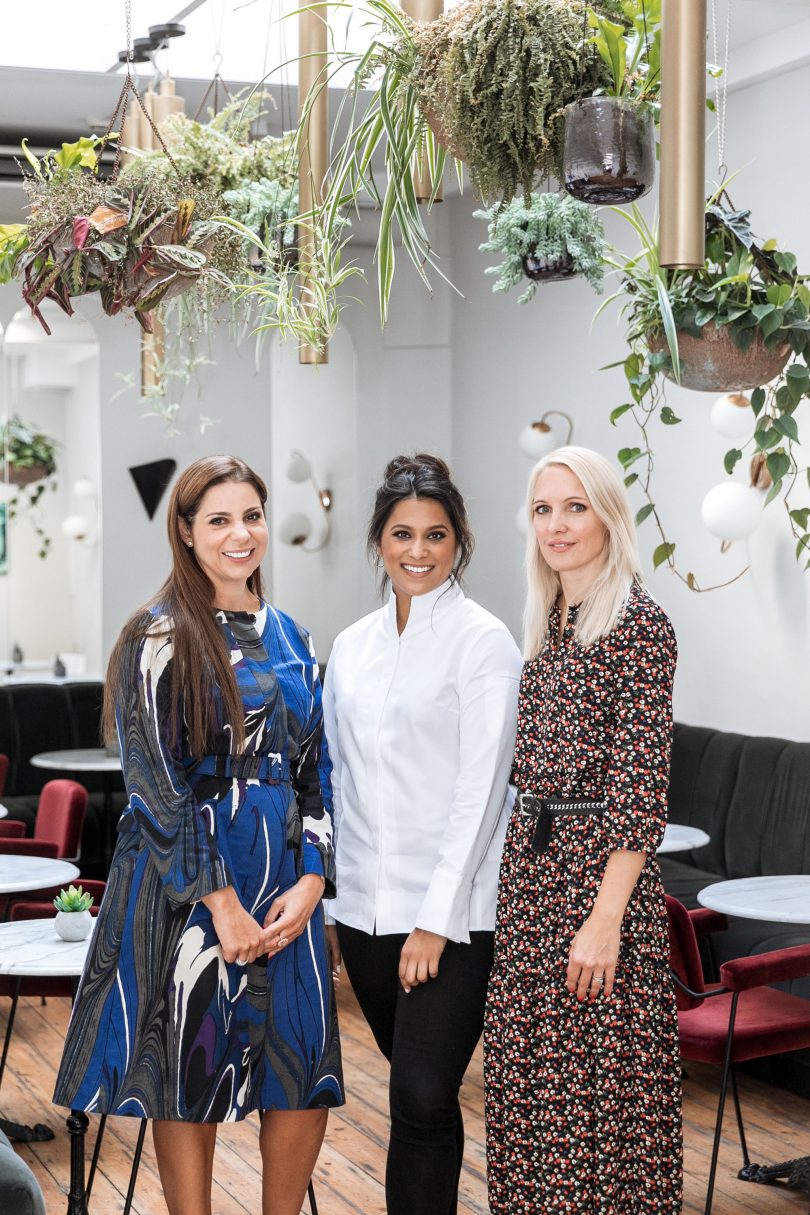 In addition to cooking up a menu to celebrate diversity for the BBC’s Great British Menu this month, London-based chef Sabrina Gidda is taking on a new challenge, championing diversity and female talent in commercial kitchens and the UK food industry as part of her new role as Executive Chef of AllBright.

To date, Sabrina’s accolades include being named ‘Rising Star’ by Tatler magazine and the first woman to become a two-time finalist in the Roux Scholarship. Her new menu is launched today at the AllBright members’ club in Fitzrovia.

The AllBright opened on International Women’s Day 2018 as the UK’s first female-only members’ club for working women. It is part of AllBright – an organisation set up by serial entrepreneur Debbie Wosskow OBE and former CEO of Hearst Magazines, Anna Jones, to celebrate and encourage female talent in the workplace and in business and to support women to thrive in their careers.

The in-house restaurant serves a seasonal set menu priced at £24 for two-courses and £28 for three. Dishes reflect Sabrina’s passion for refined twists on classics such as yellowfin tuna tacos with pickled chilli and green mango, Ricotta Gnudi, ‘Cacio e pepe’ and Bakewell tart trifle with a dram of damson gin.

Beyond the Fitzrovia club’s daily menu, Sabrina will be responsible for developing the menus at AllBright’s second London club in Mayfair and first USA club in Los Angeles, both due to open in 2019.

Out of the kitchen, she sees her new AllBright role as the perfect platform for encouraging more women to pursue a career in professional kitchens and championing female-led food businesses and suppliers.

Sabrina Gidda says: “There are so many women doing great things in catering and the food industry here in the UK but they’re often still a minority and not visible enough to inspire other women’s career choices. I want to help to change that by showcasing female food talent through AllBright’s menus, events programme and Academy.”

AllBright co-founder, Anna Jones says: “We are delighted to welcome Sabrina Gidda to AllBright – first and foremost as an amazing chef who has transformed our members’ club menus, but also as a woman who has established a critically-acclaimed career in a field that still isn’t seeing enough women in senior positions. Restaurant ownership remains a predominantly male occupation and only one in four chefs in the UK are women, with many working at a junior level in professional kitchens.

“Through our members’ club, online Academy and Pitch Series that matches female founders with potential investors, AllBright is all about supporting and showcasing working women in all industries, including catering, hospitality and food retail.”