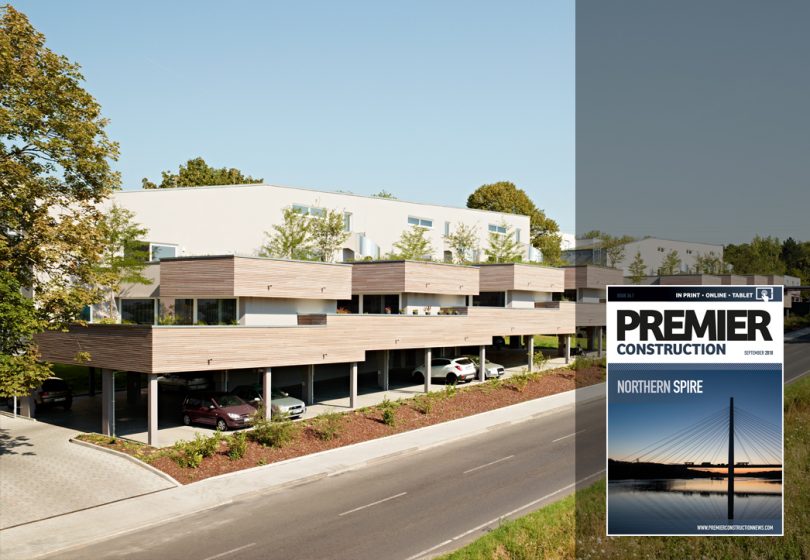 This Month in Premier Construction 26.1

Northern Spire – formally known as The Wear Bridge – is the first new bridge to be constructed in Sunderland for more than 40 years. The bridge stretches across the River Wear, between Wessington Way and European Way in Sunderland, is a three span cable-stayed structure, with an A-frame pylon measuring twice the height of Nelson’s Column and includes two lanes for traffic (moving in both directions), as well as footpaths and a dedicated cycleway.

Sunderland’s new structure is a truly eye-catching development, designed and built to last, with a lifespan of at least 120 years. Around 2,000 people worked on the project, equating to more than 900,000 man-hours.

The House of European History (HEH), a museum aimed to encourage citizens to reflect upon and debate about the history of Europe and of European integration, has opened in Brussels. The House of European History officially launched in May following a project over seven years in the making. European Parliament President Antonio Tajani officially opened the museum in a formal ribbon-cutting ceremony held in the presence of former EP president Dr Hans-Gert Pöttering (chair of the Board of Trustees) and Professor Wlodzimierz Borodziej (chair of the HEH Academic Committee).

A multi-million pound investment will bring a brand new leisure centre to Slough, on the site of the old leisure centre on Farnham Road. The Centre forms part of Slough Borough Council’s broader leisure strategy in which they are investing considerably in improving and delivering additional leisure and community facilities for the town, promoting active lifestyles and addressing health issues in the local area.

The new Centre is replacing a former leisure centre on the site which was built in 1997 but had been closed since November 2016. Construction of the new £17.8 million leisure centre began in May 2017 and is expected to open in early 2019.