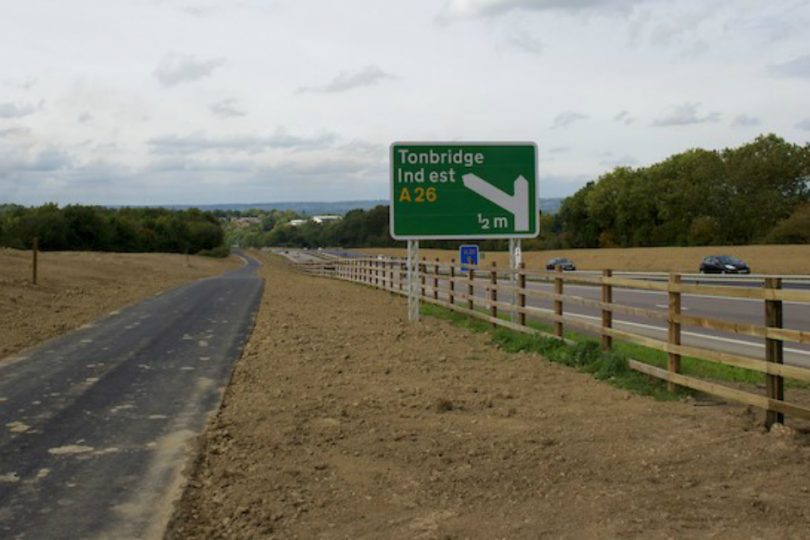 35,000 drivers a day are benefiting from the major upgrade on the A21 linking Hastings and London, between Tonbridge and Pembury in Kent, which was officially opened on 21 September last year.

The upgrade to this busy section introduced a new dual carriageway to speed up journeys, improve safety, reduce congestion and boost the economy. Two new junctions were built, as well as better, safer, access to the A21 for the homes and businesses along it, with dedicated new facilities for pedestrians, cyclists and equestrians.

And residents are delighted with how much of a difference the new bypass has made. Melvyn, who has lived in the area for 34 years, said that the new bypass is his “favourite bit of road – it was terrible before but now it is absolutely brilliant!”.

Jade, who has lived in the area for four years, said: “It was dreadful before. But now, a journey that used to take me forty minutes now takes four.”

And Siobhan who has lived locally all her life, said: “The road was awful before. It has massively improved the flow of the traffic and it has made my commute a lot nicer.”

Local people have been making use of the shared use path which runs the full length of the scheme. This is also suitable for cyclists, horse riders and pedestrians. Working with Kent County Council, Highways England extended it to tie in with Tonbridge railway station at the north end of the scheme and Pembury hospital at the south, making it even more useful to residents, commuters and the local community.

It’s not just the improvements to the A21 which have benefitted the communities and road users this past year. 18 hectares of new woodland have been created as part of the project – twice that needed for construction – with cutting edge translocation techniques, to preserve its ecological make up. New areas of heathland have been created and an ancient barn has been carefully taken down, restored and reconstructed at a heritage museum.

One of the South East’s few surviving timber framed barns, built originally in the late 18th and early 19th centuries, has been restored as part of a multi-million conservation project thanks to funding from Highways England.

The buildings were in the path of the widening scheme of the Tonbridge to Pembury section of the A21 in Kent, so were painstakingly moved and rebuilt at the Weald and Downland Museum.

Simon Elliott, Highways England construction programme manager said: “I am delighted that these much-needed improvements to the A21 are delivering such a wide rage of benefits, significantly improving journeys on this busy road and making life easier for cyclists, pedestrians and horse riders while simultaneously respecting the environment and our cultural heritage. We will look to take the same approach with the other road upgrades we are delivering in Kent and across the country.”

Work started on the Tonbridge to Pembury bypass in spring 2015. The new road opened in phases, starting with the new flyover at Longfield Road, which partially opened in July 2017. The road layout has also been improved for properties along the A21 with a new junction to provide safer access.