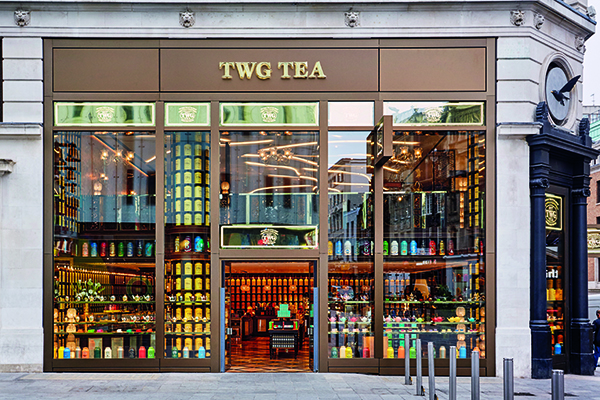 Established in Singapore in 2008, TWG Tea is a luxury brand described as ‘the first and only upscale tea salon in Singapore.’ TWG Tea sells a selection of tea, as well as tea-infused food including savoury items, pastries and desserts. It also sells upscale tea accessories such as gold and platinum teacups.

Products are sold through TWG Tea’s numerous outlets as well as upscale retailers such as Harrods and Dean & DeLuca. The company has recently launched two new sites with tea salons in Knightsbridge and Leicester Square to further enhance their presence throughout Europe.

TWG Tea CEO Taha Bouqdib told Premier Hospitality: “When I started TWG Tea, it was very important to me to create the most luxurious sites in the world so we can offer all of the teas produced in the word with a luxury feeling but at affordable prices.

“For me it was extremely important to open these new sites because I am ready to be in Europe and to f start with the UK as the flagship is great – it also means that London is our flagship for the whole of Europe. You can go to other countries like France, Germany and Holland but the UK will always be the first.”

Located opposite M&Ms and just to the side of the Lego shop, TWG Tea is a striking new edition on Leicester Square. The company has transformed the iconic 1920s Communications House into the new site which includes a retail boutique, a patisserie counter and 120-seat Tea Salon, flanked by a dramatic stairway, adorned with antique Chinese screens. There is also a grand Chinese room with tea-leaf shapes on the ceiling and antique red lacquer panelling. At the back, and a first for the company, is a Museum of Tea Artefacts.

Taha said: “With the Leicester Square site, I wanted to impress with the full height ceilings and wanted to create a spirit of Asia- from the first floor to the second floor it is as if you are in a temple of tea. I have also used real antiques for the store and created a balcony for them. This site was also about going back to the history and creating a link between the first TWG Tea and now.

“In the Tea Museum, I have things from China, India and things that show the roots of tea. I have never done this before and I did it here as a link between Asia and the UK – this is very unique for Leicester Square.” 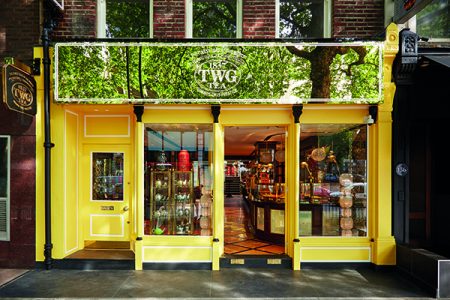 Taha added: “When I was looking for locations in London, I wanted the site to be for locals but at the same time being for everybody and Knightsbridge was the right location to attract both. I think the site is timeless and will be around not only for this generation but for generations to come. From the outside it looks like a really, really small store but from inside it is quite big.

“In the UK, cities have a lot of traditions and I didn’t want to break tradition but at the same time I don’t want to be a normal tea house so we have kept some items to bring these visual traditions to the forefront.”