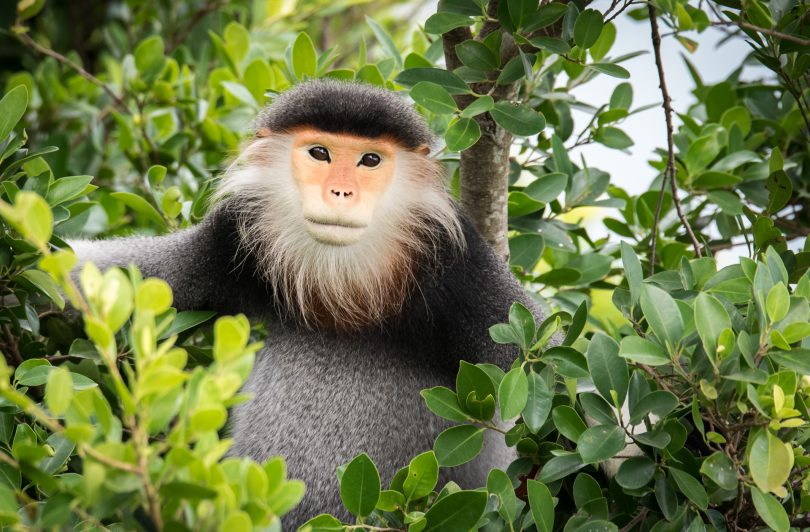 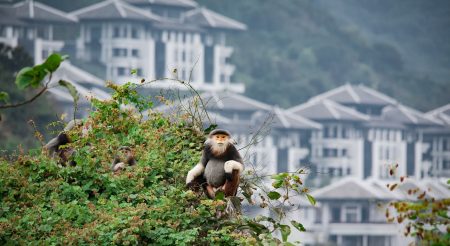 Named as the ‘green lungs’ of Da Nang City, the Son Tra Peninsula is home to more than 1,000 species of plants and 370 species of animal. Other than the unique flora (several plant species
were only discovered as recently as 2016), you could encounter the critically endangered Red shanked douc langur (Pygathrix nemaeus) or the Sunda pangolin Manis javanica (the most heavily trafficked mammal in the world) on the peninsula. Listed by the International Union for the Conservation of Nature (IUCN) in the Red List of Threatened Species, only around 1,300 of the critically endangered Red shanked douc langurs inhabit the nature reserve. Outside of Son Tra Peninsula, it is estimated that less than one thousand individuals remain in the Annamite
Rainforests.

Honored as “Asia’s Leading Green Resort 2018” by World Travel Awards, the InterContinental Danang Sun Peninsula Resort has developed a variety of sustainable initiatives to protect Son Tra’s rich biodiversity and lead the sustainable development of eco-tourism in the region. Most recently, the resort has announced the appointment of James Morrison as the Resort Zoologist. With his profound expertise in ecotourism and conservation biology, James will help protect the natural environment and genetic diversity by educating residents and guests about the wildlife
and natural habitats in the resort, as well as conserving ecosystems on the peninsula to ensure that critically endangered species can be treasured by future generations.

James’ first experience in conservation was gained in 2011 working with an anti-poaching detail in Kruger National Park, South Africa. He moved to Vietnam in 2014 to lecture English and Environmental Studies at the National University of Water Resources in Hanoi. After travelling through national parks in Myanmar, Bangladesh and Nepal he returned to Vietnam to take up the role of Head Keeper Pu Mat National Park for the organisation Save Vietnam’s Wildlife.

“There are only a few places in Vietnam that own rich biodiversity like the Son Tra Peninsula,”  James says. “That’s why it’s critical to continuously educate and communicate about the protection of ecosystems, and especially, the conservation of critically endangered Red shanked douc langurs. My main responsibilities are to research, consult and share my knowledge about the resort’s wildlife and surrounding ecosystems, and how we can minimise impacts to the natural environment by embracing responsible business practices. Together, we can build sustainable development for not only the resort but also the whole ecoregion – it’s a vision for the future.”

“Environmental responsibility is as important to us as our commitment to deliver the ultimate experience to our guests. Having James on board as the Resort Zoologist has signified our dedication to sustaining the harmonious co-existence between the resort and nature,” said Mr. Juan Losada, General Manager, InterContinental Danang Sun Peninsula Resort remarks. “We are simultaneously working with community leaders and natural specialists to develop environmental management programs that empower guests and locals to make positive contribution to preserve endangered species and natural resources on the Son Tra Peninsula,” he added.

Wedged between ocean and jungles, the InterContinental Danang Sun Peninsula Resort is the ideal destination for nature lovers to indulge in pristine beaches, picturesque landscapes and primeval forests. Inside the InterContinental Danang Sun Peninsular Resort, guests can discover several Red shanked douc families searching for young leaves in the canopy. Foraging below, troops of Rhesus macaques survey the hillside. Pallas’ squirrels jump from tree to tree and a chorus of songbirds can be heard. The resort strives to provide a safe haven for wildlife