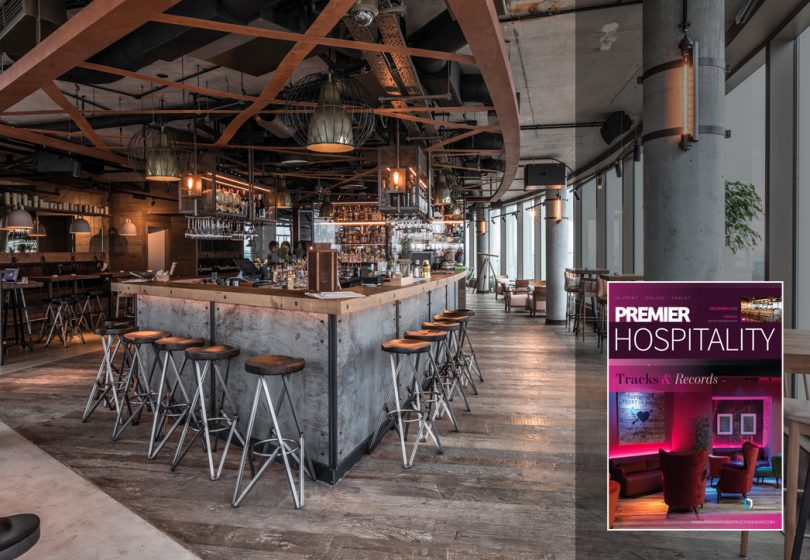 This Month in Premier Hospitality 9.2

In this month’s issue we showcase The Black Bull; we take a look at Brown Sugar; and we unveil the new East Stand at Twickenham Stadium.

Set within the Cumbrian town of Sedbergh, against an idyllic backdrop of leafy fells, The Black Bull is a recently renovated coaching inn and dining room. Previously unoccupied and in some state of disrepair, the 17th century building has been transformed to house a public bar, casual and formal dining rooms and eighteen uniquely designed guestrooms. The Black Bull is the brainchild of James Ratcliffe and Nina Matsunaga, who are hoping to build on the enormous success of their other Sedbergh venue – the Three Hares Café. With both its food and design, The Black Bull stylishly blends the best of the local area with foreign influences for a truly unique experience. The architecture and interiors have been overseen by Manchester-based Up North Architects – Patrick Thomas, Darren Keung, Jayne Senior, Reuben Roberts and Joel Donohoe – with Silverglide on board as the main contractor.

Meanwhile, one of Windermere’s most iconic buildings, boasting a history stretching back more than 100 years, has been rejuvenated following the opening of a brand new restaurant. Brown Sugar is the latest venture from award-winning entrepreneurs Ian Dutton and his wife, Annette. The restaurant opened in September 2018 and has enjoyed positive initial feedback.

And finally, Twickenham Stadium has officially launched its new East Stand development. Offering six floors of creative event space for private hire, the East Stand has opened eight brand new facilities offering the ultimate in both match and non-match day hospitality. The East Stand extension has seen the first significant redevelopment of Twickenham Stadium since the South Stand was completed in 2008. The new development provides over 11,000sqm of hospitality and debenture space for 6,800 premium ticket holders.