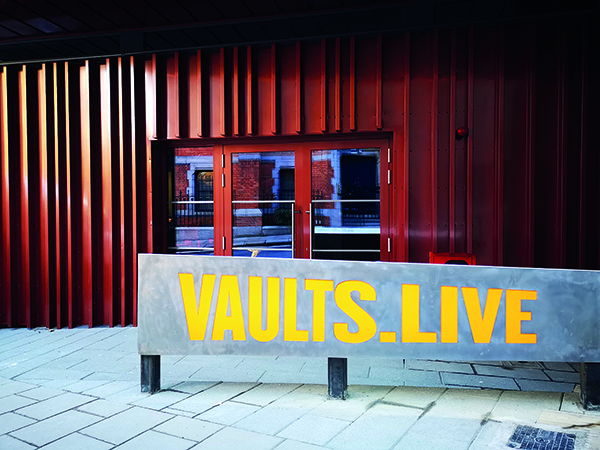 Live performance, special effects and stunningly-designed sets bring to life six scenes, which include a Cromwellian torture chamber, the crypt of a Dublin church, a Viking settlement, Bandon courtroom, medieval apothecary and what was once Europe’s biggest red light district – Monto, in the heart of Dublin city.

Vaults Live is housed in the stunningly converted redbrick Augustinian St John’s National School. It can accommodate 35 people per show and is open seven days a week. There is also a café, The Parlour, and a gift shop, both of which were designed by Roisin Lafferty and the team at Kingston Lafferty Design.

It is now the largest employer of full-time performing artists in Ireland.

Vaults Live has been developed by Frontier Entertainment, which is driven by former broadcaster turned CEO Paul Blanchfield and producer Gerald Heffernan. The project is backed by the Belfast-based Lagan family who invested €3m into Frontier Entertainment earlier this year. Paul commented:

“Dublin has been waiting for an iconic new venue for some time and we are delighted to open our doors in the historic Liberties.

“Vaults Live is like nothing else in Ireland – a fully immersive experience. In a typical attraction or museum, the visitor experience is passive – you read your way through it. At Vaults Live it is all about immersion; it is an active experience where you will be entertained and you can even be involved.”

Blanchfield describes Vaults Live as being comparable to the London Dungeons, owned by Merlin Entertainment. “However, our palette is much broader in terms of the characters and scenes we bring to life and, yes, we will incorporate other areas of Irish history over time.”

“The aim of the Vaults stories is to make every guest laugh and, maybe, scream and to send them away with an unforgettable insights into why we, the Irish, are the way we are.”

According to producer Gerard Heffernan, the show consists of “thrilling special effects, moments of pure fun, lots of audience participation and dark humour.

“We’ve put together a company of actors to create a stunning walk-through journey of real and imagined events in Irish history and we present them with a twist. It’s exciting, fun and there might even be the occasional scare,” he says.

A little over a month since opening, Vaults Live has already received rave reviews and is already making a name for itself in Ireland’s thriving tourism industry. Last year, Ireland welcomed nine million overseas tourists in 2017, spending a total of €4.9 billion during their visits.

To find out more about Vaults Live, please visit www.vaults.live. 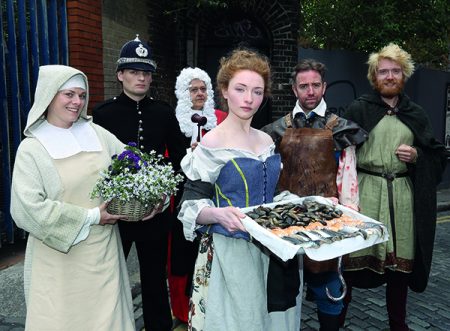 Some of the characters appearing a t The Vaults Tourist Attraction
Pic : Lorraine O’Sullivan

NSBS is an award winning interior fit-out and refurbishment contractor operating within the hospitality industry. Specialising in the delivery of high-end restaurant, bar and hotel concepts, NSBS provide a comprehensive service covering all aspects of a project from inception to completion.

The company’s primary ethos is to work collaboratively with clients to provide innovative solutions to the unique challenges of the industry whilst delivering practical completion within the time, budget, logistic, environmental and quality requirements set for the project.

NSBS have delivered concepts in a diverse range of environments including high street, retail outlet, airports, railway stations and stately homes for brands such as Hard Rock Café, Le Pain Quotidien, Gino D’Acampo – My Restaurant, James Martin Kitchen, as well as many independent restaurants and bars.

As principle contractor for the Vaults, NSBS worked collaboratively with KLD and the client to develop the design for the parlour café and gift shop. The exceptionally creative full fit-out was delivered to the highest exacting standards by the NSBS team. The efforts of all involved culminated in the Vaults winning the prestigious Retail Fit Out of the Year Award at the Fit Out Awards 2018.