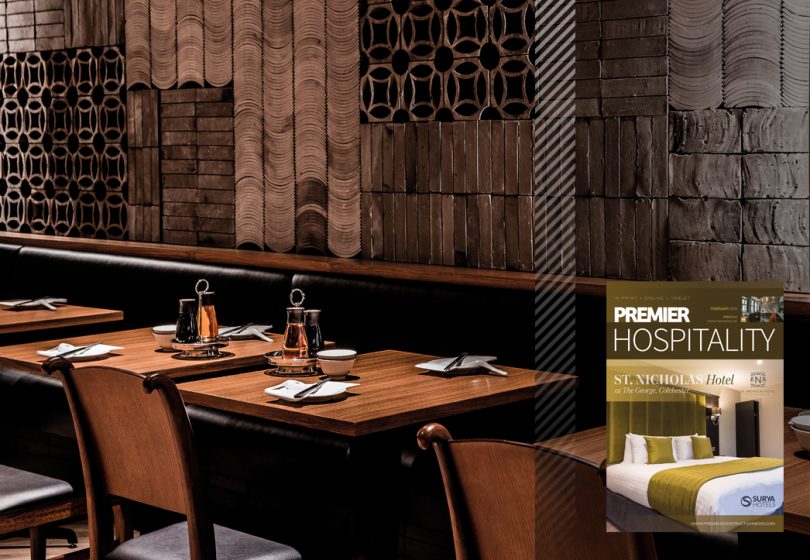 This Month in Premier Hospitality 9.4

In this month’s issue we step into St Nicholas Hotel at The George; we check out ODEON Leicester Square; and we unveil The Impeccable Pig.

The recent opening of St Nicholas Hotel at The George marks the completion of phase one of a £10m regeneration project, which will also see Colchester’s historic George Hotel restored to its former glory.

In January 2017, Harwich-based developer Flying Trade Group, behind the Surya Hotels brand, announced plans to refurbish and expand the George Hotel site, including a complete refurbishment of the 47 bedroom George Hotel and plans to convert nearby St Nicholas House into an affiliated hotel. Just across the road from The George Hotel, St Nicholas Hotel is now a stylish extension of The George, doubling the rooms available to 91, with the creation of 44 modern, executive double rooms – including family rooms and spacious balcony suites.

ODEON Luxe Leicester Square has reopened following a multi-million pound upgrade and introduction of the UK’s first Dolby Cinema. Reopening on 21st December 2018, the cinema first opened its doors in 1937 and went on to become Europe’s most famous cinema. ODEON Leicester Square has hosted over 700 film premieres over the past 80 years and will set the standard for generations to come.

Located in Sedgefield, County Durham, The Impeccable Pig is a luxurious restaurant and cosy pub with rooms that opened in two stages in the second half of 2018. Following the transformation of a former Grade II listed pub, the restaurant side of The Impeccable Pig opened in September and offers bistro-style food and fine wines in a friendly but stylish environment. This was followed in October by the introduction of ten individually styled rooms full of unique features and character.