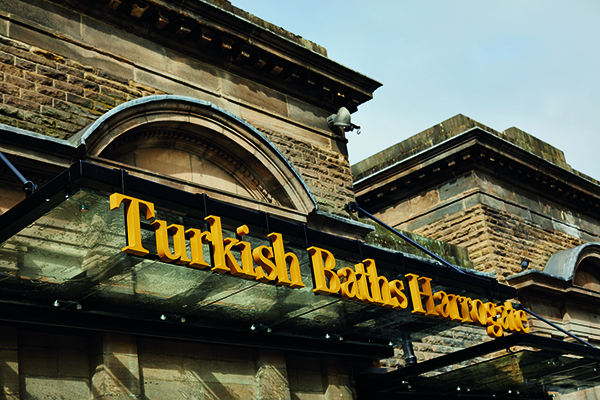 The refurbishment of Harrogate’s historic and beautiful Turkish Baths on Parliament Street has revealed many breath-taking original features which were previously concealed, enabling this exotic jewel to proudly display its full splendour.

Although Turkish Baths were common in Victorian times, only seven remain which date back to the 19th century.

None is as historically complete and in full working order as Harrogate’s Turkish Baths. Their importance lies in their decoration, elaboration and rarity.

The Baths’ Moorish design with Islamic arches and screens, walls of vibrant glazed brickwork, the arabesque painted ceilings and terrazzo floors (laid by the very best Italian experts) all add to its historic elegant features.

Having opened in 1897 when Harrogate was the nation’s pre-eminent spa town, the baths are now the last part of the magnificent Royal Baths complex still used for its original purpose.

Main contractors for the refurbishment project were Whittaker and Leach; designers were Farrell & Clark Architects.

Peter Stebbings, architectural technician and associate at Farrell & Clark Architects said: “Two of our partners were involved in work on the Harrogate Civic Centre building for Harrogate Council, and the council subsequently invited us to work on the baths project.”

The work included the refurbishment of the existing entrance and the replacement of an old Victorian style entrance canopy with a new version which highlighted the entrance to the baths much more prominently.

Other elements included the creation of a new double height reception area featuring new lighting and newly discovered beautiful original arched features which had previously been covered by a suspended ceiling.

Peter Stebbings said: “All of the existing tiles which were retrievable were left in situ, with the remainder being replaced with tiles as closely matching the originals as possible. We also re-organised the reception counter, a cafe bar space and a small retail area within this section of the interior.”

Another element of the scheme involved removing a suspended ceiling from a long corridor which revealed previously hidden windows along its length, increasing the amount of natural light internally.

A new staircase was created from the corridor leading to a new hammam space at first floor, incorporating a treatment spa and featuring a curved ceiling.

Overall the style of the refurbished interior is generally more contemporary, whilst at the same time respecting the original Victorian elements.

Peter Stebbings concluded: “The main challenge of the project was that the building was listed, so all of the works required Listed Building Consent. Due to time constraints imposed by the council we had to start work early in the design programme – working closely with the planners and conservation officer.

“We have had very positive feedback from the client and the project was very well received. Overall, we created a space which is far more user friendly and enables the client to display their products much more prominently. The main contractors did an excellent job and were very accommodating throughout the scheme.”

The project commenced in May 2018 and was completed in August, with the baths being closed during the works. 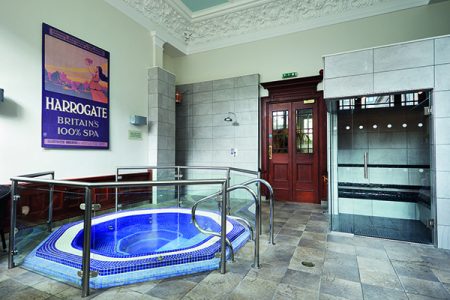