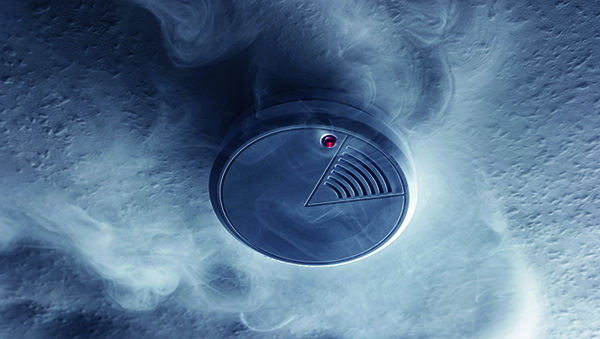 The Association reflects a diversity of expertise in the fields of fire stopping, fire resisting ducting, fire dampers, fire resisting partitions and all elements used for compartmentation.

For forty years, the ASFP has either taken the lead or maintained a significant input into developing the vast majority of guidance and standards that exist today across the whole spectrum of the passive fire protection sector.

In recent years, the ASFP has progressively broadened its membership and remit to reflect and respond to the significant changes and challenges within the fire sector and the built environment in terms of technical innovation, regulatory direction, the changing political dimension, evolving commercial forces and geographic expansion of the industry.

In September 2018, the Association for Specialist Fire Protection (ASFP) was pleased to announce that the Royal Institute of British Architects (RIBA) has launched a consultation on a new RIBA Plan of Work for Fire Safety.

The document represents the culmination of work which was initiated in 2016 when the ASFP convened a panel of stakeholders from across the built environment to investigate how fire protection could be improved throughout the construction cycle. All identified a number of issues with the construction process, including: fragmentation within the construction design and build process, multiple sub-contracting and inadequate inspection of works during construction and on completion.

Working with AHMM Architects, the stakeholder group recognised that developing a Plan of Work for Fire Safety, which complemented the existing RIBA work plan methodology, would provide a recognisable route for improvement.  The work took on greater urgency following the devastating fire at Grenfell Tower in June 2017 and the ASFP commends RIBA for taking the initiative forward to develop this vital resource for design and construction teams and building owners.

The new RIBA Plan of Work ensures there is a detailed specification for fire protection at the design stage and a schedule for fire throughout the construction process. The Plan of Works includes sign offs as construction progresses, with all information reaching the end-user to support adequate fire risk management.

The new document also reflects the recommendations of the Hackitt review, which called for a greater focus on the roles and responsibilities and a ‘Golden thread’ throughout a building’s lifecycle. The review also recommended the introduction of mandatory sign off procedures at the key Gateway Points of: Planning Permission, Permission to Build and Permission to Occupy.

“The ASFP welcomes the launch of this important consultation which represents a vital step forward in improving the safety of our built environment.

“We have long called for fire to be considered much earlier in the construction process and this new document clearly sets out the requirements and responsibilities at each stage of the process, from original design and throughout the life of the building, including changes and refurbishments later in the building’s life.

“The document represents the successful conclusion of many months of work involving a wide range of stakeholders from across the construction industry and as such we hope will gain strong support and recognition.”

The Fire Protection Association (FPA) is the UK’s national fire safety organisation. Since 1946 the association has attained an unrivalled reputation for quality of work and expertise in all aspects of fire including research, consultancy, training, membership, publications, risk surveying and auditing. The FPA’s products and services are designed to assist fire, security and safety professionals achieve and maintain the very highest standards of fire safety management.

The Fire Protection Association’s Fire Sector Summit is an annual event, held in October, which over the past eight years has become an established leading industry forum for key decision makers and influencers in the fire sector. The Summit aims to encourage discussion and debate on the sector’s most recent developments and themes and act as a catalyst for change within the world of fire safety.

The overriding message from the 2018 Fire Summit was that post-Grenfell and pre-Brexit, the heat is still on for dramatic change and vigilance in the fire protection industry.

The Summit brought together the best in the business of the British fire industry, with over 150 delegates joining a panel of experts in a packed lecture theatre at the Institute of Civil Engineers. A special session was run on Grenfell by Fire Protection Association’s (FPA) Managing Director Jonathan O’Neill, and his colleagues, Principal Consultant Howard Passey and Technical Director Dr Jim Glockling. Jonathan O’Neill discussed the background of the FPA’s attempts in the lead up to the fire to change government policy, with 14 June 2017 turning the ‘world upside down’. With no review of building regulations in 14 years, he shared the FPA and insurers’ own document that was created as a response.

He also addressed the work that the FPA had done to lobby government, such as the Safe Futures campaign of 2013, before discussing modern methods of construction (MMC) and their risks, specifically in terms of the use of combustible materials in increasing quantities within the structure, insulation, and cladding of buildings.

The Brexit session was presented with an overwhelming air of uncertainty. Anthony Burd, Head of the Built Environment at the British Standards Institute started by saying that “for us, it’s business as usual” as not much will be changing with standards, but as he believes firmly in continuity, if the Brexit negotiations result in a no deal, guidance on trade would be affected.

Paul Pope, Director of the Fire Industry Association, believes that the fire industry effects are a risk to business, because “potential recertification could happen” and this could affect orders dramatically, as 80% of global trade needs product certification. He commented that we “really don’t know what it means for us” so we must prepare for the worst. Howard Passey, Principal Consultant at the FPA stated that at this stage “nobody knows!” what the implications are, so it’s important that as laws could be changed “at a whim” the fire industry must undertake “effective surveillance” on government changes. He urged the need to be vigilant. 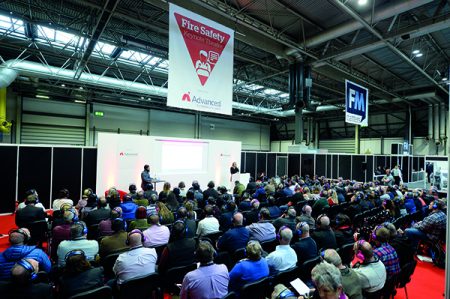 Fire Safety And The Construction Industry

The first research to investigate what has changed in construction practice since the Grenfell Tower fire reveals a wide range of improvements being implemented by the industry itself, but a growing frustration with the slow response from Government – despite a promise by the Housing Minister to ban combustible cladding in the future on high risk buildings.

Construction industry professionals report that since the fire in June 2016 they have most often seen changes in the products used for cladding, insulation and fire doors, as well as more demands for new fire testing of products.

They also report changes to the way procurement policies, tenders and contract terms deal with fire safety issues and responsibilities. The research was conducted for UK Construction Week (UKCW) which opens today. UKCW received detailed responses from respondents across all parts of the industry.

While many of the respondents are monitoring Government advice and waiting for the outcome of a current review of Building Regulations, they are critical of the time being taken to clarify new requirements since the fire and the subsequent publication of the Hackitt Review in May 2018.

“I just wish that action could happen more quickly”, and “Things are changing, but way too slowly.” One person said: “The Government will take a decade to produce yet another set of incomplete regulations together, and will probably produce another White Paper. They need to set a clock on this.”

In the meantime, the construction industry is getting on with things itself.

Among a wide range of changes, respondents to the research are most likely themselves to have implemented reviews of all their current project designs and specifications, to have commissioned additional fire risk assessments on projects, and to have increased training on fire safety.

Indeed, when asked about their top three preferred changes to transform fire safety across all buildings (not just high-rise blocks or other high-risk buildings), the industry is not simply counting on new regulations. That comes sixth on the list of their priorities.

The first choice is greater involvement of an architect, Clerk of Works, fire engineer, the fire and rescue service itself or other professional adviser who would do a full fire risk assessment and ensure better design and specification. Many called for the end of contractor-led ‘Design and Build’ type contracts.

A close second is a change in the choice and attention given to materials being specified and used on all buildings, including many supporting the ban on combustible materials in exposed areas of a building, in particular cladding or insulation.

Third choice is the installation and regular maintenance of sprinklers and other active fire detection and suppression equipment into all buildings. The UKCW research shows that confidence among construction industry professionals that, post-Grenfell, the UK’s approach to fire safety in all buildings will now change for the better, currently stands at 6 out of 10.

Contractors, specialist sub-contractors and building products suppliers are marginally more confident than other groups (with an average confidence score of 7 out of 10). Nathan Garnett, event director at UK Construction Week, says:

“Our research shows that the industry has taken to heart every opportunity to change its practice and is already well along a process that will change the way all buildings are procured, design, built and maintained.

“This is an issue that will be discussed widely at next week’s event, and is likely to remain the highest agenda item for years to come. While confidence is quite good at this time, we must do all we can to maintain the positive attitude and momentum behind these changes.”

Geoff Wilkinson, managing director of Wilkinson Construction Consultants, a fire safety and building standards expert and one of the speakers at this year’s UKCW seminar on quality in construction post-Grenfell, says:

“It is very encouraging to see the industry getting on with it, despite the hiatus from Government. But what’s needed is an industry-wide coordinated response.

“The ban on combustible materials is long overdue. We need to be told why it has taken over a year to get to this point when a very simple changing of regulatory guidance could have achieved the same thing in days.”

The world’s leading trade fair for security, safety, and fire protection, is taking place from 20-22 January 2019 at the Dubai International Convention and Exhibition Centre.

Fire & Rescue is the second largest of seven show sections at the annual three-day event, where more than 1,300 exhibitors from 59 countries are set to take part in the show’s 21st edition early next year.

The Fire & Rescue section will include the biggest names in the global fire and life safety business such as UAE-based powerhouses NAFFCO and Concorde Corodex Group, Honeywell from the USA, Japanese-headquartered Hochiki, Drager from Germany, and Turkish fire truck manufacturer, Volkan.

Eaton Corporation is another headline exhibitor in the Fire & Rescue section, and is one of many companies at Intersec 2019 positive about the current and future fire safety trends in the regional market.

Frank Ackland, Eaton’s Middle East Managing Director said the regulations set out by the UAE Civil Defence for example, offer a much higher standard of regulation than has ever been seen before: “Eaton provides emergency lighting and fire detection systems for buildings and we’ve noted an increase in the levels of regulation that are being adhered to – not only to the set standard but also above in many cases.

“All those involved in the construction process are placing greater importance of meeting, and exceeding, the standards set out. That doesn’t mean there isn’t more work to be done, and this is where we see a significant investment in retrofitting also taking place in the UAE, in order to make older buildings safer and in line with current regulations.”

Intersec 2019 is held under the patronage of His Highness Sheikh Mansoor bin Mohammed bin Rashid Al Maktoum, and supported by the Dubai Police, Dubai Police Academy, Dubai Civil Defence, SIRA, and the Dubai Municipality. More details about the exhibition is available at: www.intersecexpo.com.