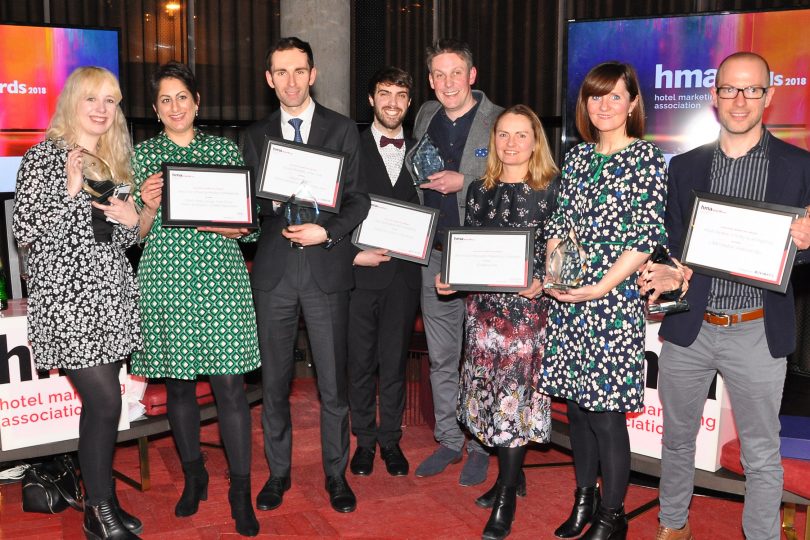 The shortlist for the 24th annual Hotel Marketing Association Awards taking place on 18 March 2019 at the Renaissance St Pancras Hotel has been announced.

Covering seven categories, including four new ones for 2019, this prestigious awards ceremony celebrates excellence in the UK Hotel Marketing industry.

Judged on the relevance to the target market and the market in which the hotel operates, creativity, clearly defined and developed strategies, quantifiable objectives, cleverly used budgets that generated good ROI, great use of relevant marketing channels, and authentically used innovative ideas, the entries were scrutinised closely.

The shortlisted entrants are as follows:

Campaign – Try Us for Size

Campaign – Meetings Made at Marriott

Montague on the Gardens Hotel

Campaign – Ski Lodge at the Montague on the Gardens

The InterContinental London – The O2

Campaign – The Potting Shed Pop Up

Young Marketer of the Year sponsored by Law Creative

Agency Young Marketer of the Year sponsored by Revinate

Commenting on the 2019 shortlist, Steve Lowy, chair of the hotel marketing association awards, stated that; “The variety of entries from the big brands to smaller independent hotels show what a thriving industry we have in the UK. The young marketer awards also show that there is a lot of passion in the next generation for the industry which bodes well for the future.”

President of the Hotel Marketing Association and current committee member Pamela Carvell added; “We are delighted to have received a record number of entries, and to have such a positive response to this year’s new categories. We are grateful to the seven panels of judges, who faced some tough decisions, due to the high calibre of entries, and think the shortlist represents an amazing cross section of our industry.”

This year’s awards ceremony will support our charity partner The Children’s Society, with money raised throughout the evening and a percentage of the ticket sales being donated to help change the lives of vulnerable young people across the UK. The Children’s Society is a national charity that provide services and support to young people affected by a range of issues such as poverty, sexual abuse, exploitation and trafficking. They work intensively with young people at higher risk of these issues such as those in or leaving care and those affected by substance misuse. Using innovative services design, technology and partnerships they work to ensure no child feels alone.

For more information and to apply, please visit the HMA website: https://hotelmarketingassociation.com/awards-application-2019/