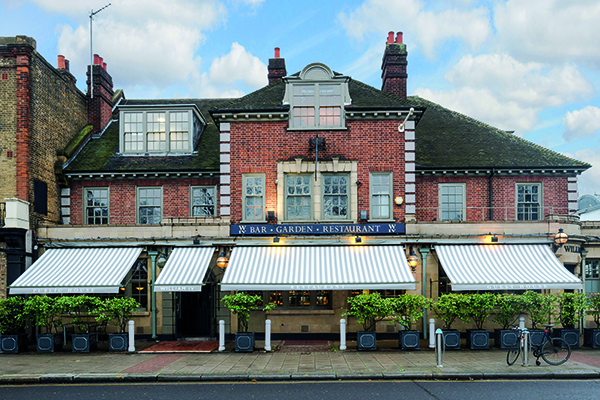 Located in North West London is a newly opened Victorian pub, with 15 guest rooms and serving British pub classics and favourites as well as locally produced beers. With an extensive refurbishment carried out from October-December 2018, William IV has been restored and rejuvenated with its original features, from when it opened in 1837 originally.

Owned by local entrepreneur Jean-Marin Bolot, William IV is set to become a local gem, and named after the reigning king at the time, the pub has historic features, bringing part of the past back to life to be enjoyed by the public of the present. Antonella Cudone , interior designer at well renewed boutique International Interior Design firm,  ArBa Design explains:

“In the brief we decided to retain all the historical features, the wood burning fireplaces, original leather sofas, wooden flooring, and panelling. That’s how we started the design.”

Other original features include the white marble bar which stretches across several rooms of the downstairs dining area, the arched doorways and stained glass windows. Antonella added:

“It’s also been refurbished with its original Victorian paintings, the arch doorways restored, as well as the panelling. The design style is a contemporary but classic living space with a little bit of glimmer. It is now a bright, beautiful building.

“Soft black was used for the wood panelling, which protects the age of it and also adds contrast to the bright and stylish furniture, and on the window frames for the stained glass. As you can imagine, being quite an old building we encountered some problems related to plumbing and electric, but we managed to finish the project on time. Also, sourcing and finding the original features in such a short time span was difficult but all furniture was delivered by mid-December. It was a very satisfactory project for me because I knew exactly what my client wanted and we managed to fit it into the deadline. From my point of view it was very inspiring to work on William IV.”

The exterior of the site occupies a large space on the junction of Kensal Road and Harrow Road and has a friendly, welcoming, as well as historic, feel. The pub itself offers all day dining across a series of classical dining rooms, all with the atmosphere of historic Victorian London. The ground floor is made up of four different spaces which accommodate 112 seated, and it also includes the main bar and main dining room, the private bar, and a smaller bar – which is perfect for events and parties.

The menu was created by Head chef Marek Rudnik, alongside Consultant Chef Sebastien Lambot (MasterChef, The Professionals). The classic menu serves hearty quality dishes such as; braised beef casserole, a classic beef burger, Steak, Cheddar and Guinness Pie ,beer battered cod, along with a daily catch special, with desserts such as Apple and Plum crumble, and Sticky Toffee  pudding. On Sundays a traditional roast is on offer all, including a vegan choice too. Drinks include the locally sourced beers, a carefully curated wine list and an impressive selection of non-alcoholic beer.

The guesthouse is set to be completed within the next few weeks and a spacious garden and summer house is set to open in the spring. Private dining and events are available and the menu prices start at £5.50 and run to £16.50.  To find out more, please visit www.williamiv.london. 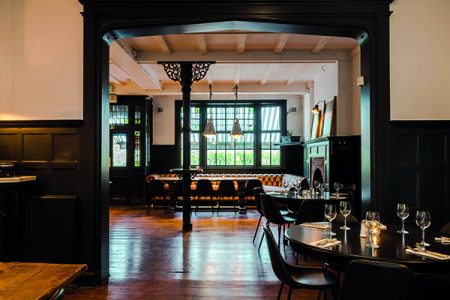