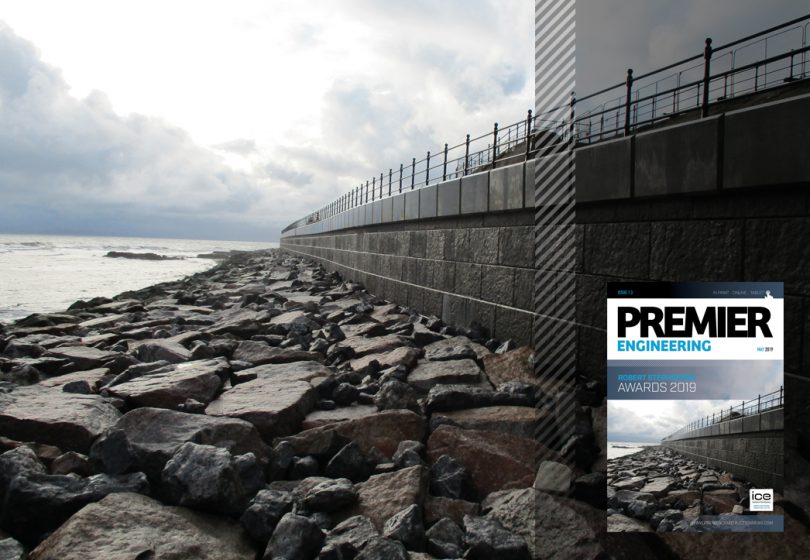 This Month in Premier Engineering 1.3

In this issue we highlight the Dinish Wharf Expansion; we take a look at the Montrose Port reconstruction project; and we cast an eye over some of the nominees for the Robert Stephenson Awards 2019.

West Cork’s fishing industry is to gain a new €23.5m, 216m-long quay development following approval of the project and associated works on Dinish Island, Castletownbere. The Department of Agriculture and RPS Group are working on the new quay that will boost the fishing trade of the town. The project was announced in 2015 by Minister Creed and its construction is due to be completed by the end of 2019.

Furthermore, powering ahead on programme is the £7.5m Montrose Port Berth 7 & 8 reconstruction project, which will ensure the port is well placed to handle an increasingly diverse range of shipping traffic and cargoes. The project, being carried out by Farrans, is set to be completed in autumn 2019.

Farrans has a long-standing relationship with Montrose Port Authority, having carried out more than £13m worth of marine work for the client in the past 7 years. The heavily used berths had become weathered and worn, as were the adjacent shore loading facilities. The works included the design and construction of a new 180m quay wall (90m for each of the two berths).

And finally, the Institution of Civil Engineers North East has announced the 13 pioneering projects that will be recognised at the annual Robert Stephenson Awards 2019. The awards, sponsored by CDM, celebrate civil engineering excellence in the region. The awards are made to recognise particular merit, physical achievement, innovation or ingenuity. Projects can include research work, technical papers or built infrastructure.

The shortlist is divided into three categories; projects with a total cost in excess of £5m compete for the large award, those valued between £1m and £5 for the medium award, and those less than £5 million for the small award.