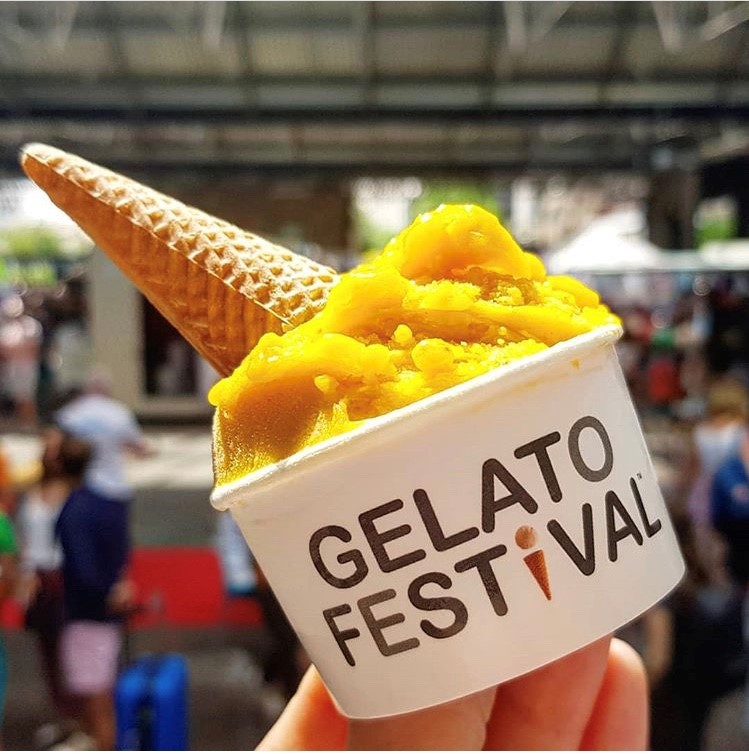 As the sun shone down over London this weekend, 16 of the world’s finest gelato chefs went head-to-head in a frozen showdown at the Gelato Festival, King’s Cross.

Celebrating its 10th year, the Gelato Festival showcases some of the world’s greatest artisan producers, bringing them together under one deliciously creamy roof.

This year saw Darren Swales from Baci & Co in Louth, Lincolnshire, steal the show with his heavenly Lemon, Fresh Mint and Zesty Lime Ripple creation, affording him to scoop the coveted first place. Having opened his parlour in Louth last Easter, Darren was one of a handful of independent gelato makers to come from outside of London. He has already built up a loyal following in the small Lincolnshire village and is delighted to have been crowned overall winner at his first ever competition.

“The biggest ingredient in my gelato is a massive spoonful of passion” – Darren Swales, Baci & Co.

Both UK winners will continue on to the Gelato Festival World Masters 2021 world championship. They will also be joined by runner-up winners Fabiano Franzoso from Cremoloso Gelato (London) for his Amaretto Salato recipe, and Roberto Culivicchi from Roberto Authentic Italian Gelato (York) with his Lemon and Basil flavoured gelato.

Guests attending the weekend were given the chance to sample unique flavours from the competing 16 gelato chefs, before voting on their favourite. Exquisite typical produce from the Lazio region was exclusively showcased in four unique flavours – Peach Jam by Cantina Nardini, Roman Ricotta cheese DOP by Formaggi Boccea, “Millefiori Bio” Honey by Tre Colli and Morganti coffee, alongside modern-day recipes from some of the most sought-after gelato makers around the globe.

The IFi Tonda Challenge also took place at the festival, where chefs battled it out to present the perfect serve. The winner was Marco Soggetti from London based Gelateria 3 Bis, who won with two cups of 55 grams and 60 grams.

In addition to tasting a plethora of gelato, visitors were able to watch the masters at work on the world’s largest mobile gelato production laboratory, the “Buontalenti”, along with participating in themed activities over the weekend. For those who wanted to find out more about the nation’s favourite summertime treat, educational workshops with the Carpigiani Gelato University were held where guests could learn the art of gelato making.