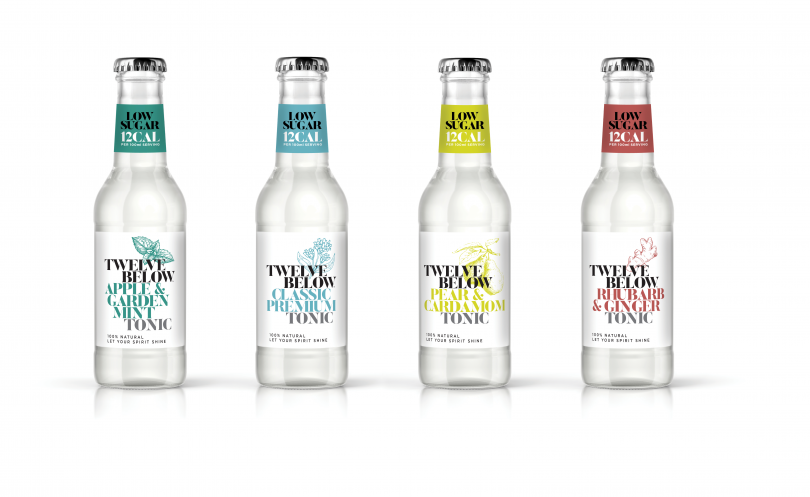 A new mixer brand is set to challenge the ‘slimline’ market with its naturally low sugar range of premium tonic waters.

TwelveBelow is the UK’s first naturally low sugar tonic, with only 2.5 grams of sugar per 100ml and less than 12 calories per serving. This makes it the UK’s only 100% natural, genuinely low sugar tonic as classified by Food Standards Agency, with 70% less sugar and 58% less calories on average than market leading light tonics. With recent reports stating that sugary drinks can raise blood pressure and may increase the risk of cancer, the low sugar range from TwelveBelow is a safe alternative that doesn’t compromise on flavour. ¹

The products are made with a dash of organic agave and contain no artificial sweeteners or preservatives.  The bottles are sold separately in 200ml bottles, RSP: £1.20.

TwelveBelow is looking to disrupt the booming tonic water market. Co-founder Melanie McNelly said: “The idea for the company started when we began to really look into light and slimline tonics, and we were shocked to find they still had a high sugar content with artificial sweeteners and the taste overpowered spirits.

“Our tonics have been developed to not only complement a whole host of spirits, but to taste great as a standalone drink without the high sugar content. We understand that the modern drinker is looking to enjoy a delicious drink but is more health-conscious than ever. TwelveBelow genuinely delivers on that need.

“We have soft launched into several restaurants, bars and independent shops and our customers have loved the taste are already re-ordering.”

TwelveBelow is available to on-trade and off-trade, with 35 confirmed listings in independent farm shops, bars and restaurants. The tonics are also listed on online retailers including craftgins.co.uk and Importtonics.co.uk.