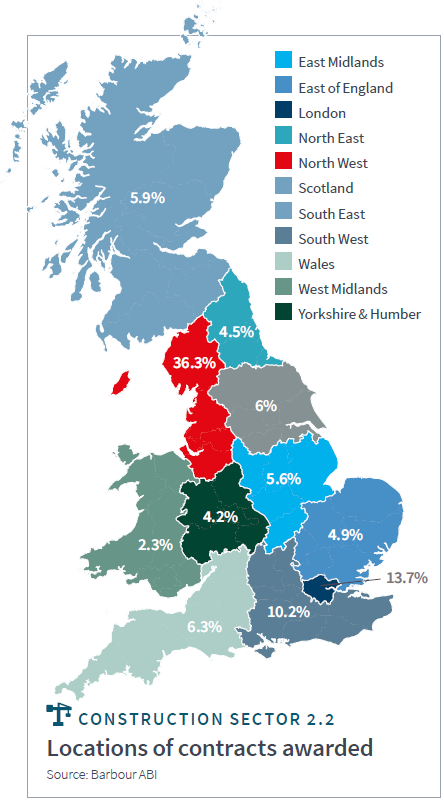 The latest edition of the Economic & Construction Market Review from industry analysts Barbour ABI highlights levels of construction contract values awarded across Great Britain. The overall outlook for June contract awards increased by 5.5% on May 2019. The infrastructure sector accounted for 37.2% of total value of contract awards, due to the SPRS Construction Programme at the Sellafield Site – valued at £1.5 billion, which boosted the North West’s project share.

London dominated in only two of the eight sectors for June 2019 – residential with a 26.2% share and commercial & retail with a 23.7% share of total contract awards. Construction activity has moved out of the capital for June, with a more even spread of contract awards across the UK. The East Midlands dominated the industrial sector, largely due to investment in warehousing and storage. The South West took the top spot for hotel, leisure & sport and Scotland took the lion’s share of projects in the medical & health and education sectors.