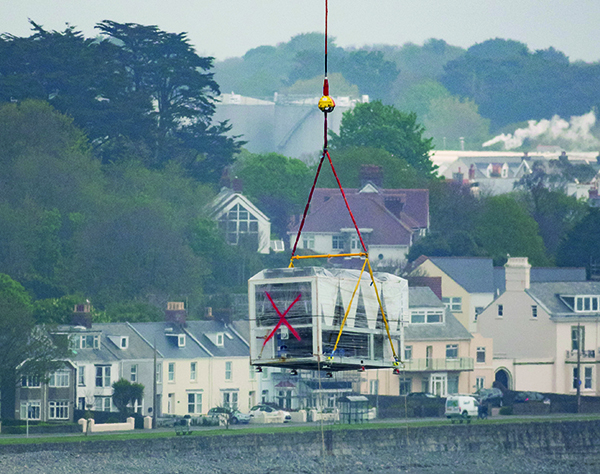 The refurbishment of the 45,000 sq ft (4,180sq m) office building was carried out for Brockton Capital and was completed in phases.

The building is arranged over four levels, being ground through to third floors, with each floor offering between 10,000 and 12,000 sq ft of net internal office accommodation.

Beneath the building is a two level multi storey car park providing 700 spaces.

Chris Tardif of AFM said: “We were the incumbent mechanical and electrical maintenance providers for the building. The owners took advantage of the surrender of the head lease to refurbish the plant and vacant office space. We were subsequently appointed to carry out the refurbishment works, together with sub-contractors Interior Systems.”

He added that the project involved the complete replacement of all of the building’s mechanical and electrical equipment, with the main works being in the plant room within the vacant office suites which were stripped back to Category A fit out standard. Works were also carried out within the building’s new reception area and new toilets on all floors. New LED lighting, distribution boards and new fan coil units were installed throughout, together with all associated pipework and ductwork.

In the Guernsey Construction Awards, AFM were jointly recognised as the main contractor alongside project managers Savills for the innovative solution to remove and replace cooling plant that had reached the end of its service life at Dorey Court.

Because of logistical restrictions, a crane was not a viable option, so a helicopter lift was decided as being the best solution to lift the chiller units that weigh nearly 4 tonnes each. Helicopter lifts are common sights in cities where access is restricted, but it is not something regularly utilised in the Channel Islands.

The project was recognised for its innovation as it reduced the amount of disruption that could have potentially been caused using a more traditional route of crane lifting and for the fact that the timescale was significantly reduced with the lifting out of old units and replacing new units being completed in only half an hour. It was a shining example of meticulous planning and collaboration between AFM, Savills, BTS, Guernsey Police, Civil Projection and of course the helicopter air and ground crew from Heliswiss.

Paul Watts, associate director at Savills, commented: “Due to logistical restrictions we were unable to get a mobile crane of the required lifting capacity to the island so a helicopter was our only option to replace the chillers. The helicopter also allowed us to ensure the works could take place quickly and with minimal disruption to neighbouring businesses and residents, as well as building tenants.”

Jason Evans of Brockton Capital, says: “The refurbishment project at Dorey Court gave us the ideal opportunity to replace the cooling plant that was reaching the end of its service life, whilst also minimising disruption to tenants. We are very pleased with how smoothly the chillers were able to be removed with the help of the helicopter, particularly as it is not a method that we are aware has been used on the Island previously.”

Chris Tardif concluded: “Main challenges of the project were working within a tenanted building whilst causing minimum disruption to the occupants, which was not easy.

“We worked very closely with Savills and the whole project team from day 1, which enabled us to resolve any problems, and it was this good teamwork which made the project so successful.

“This was a good project to be involved in and cemented relationships between architects, contractors and Savills alike.

“The client was happy with the scheme and have now instructed additional works under the new contract which involves converting a former mail room and a facilities management room into new changing and shower blocks for all of the building’s tenants.

“We have also been awarded a contract from one of the building’s tenants on the back of the success of the main refurbishment scheme.” 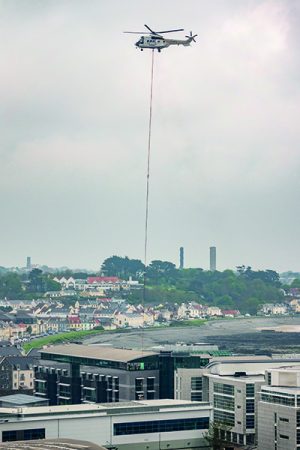