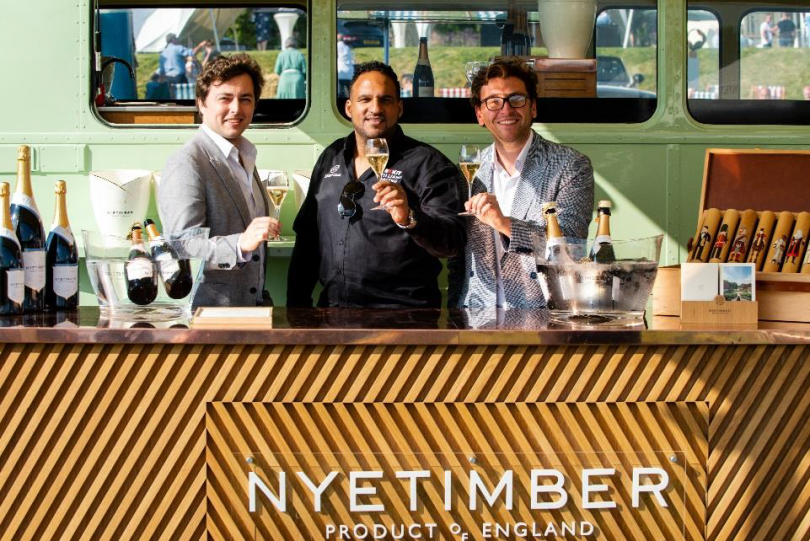 With a shared passion for the landscape and meticulous attention to detail, luxury country house hotel and Michelin starred restaurant, Lympstone Manor is delighted to announce a partnership with English sparkling wine pioneers, Nyetimber. The partnership will see Lympstone Manor serve the most extensive collection of Nyetimber wines including rare vintages.

Chef patron Michael Caines’ passion for wine is fundamental to the Lympstone Manor experience and the partnership with Nyetimber is testimony to both Michael’s commitment to collaborating with the finest British producers and the sparkling wine’s remarkable food pairing qualities.

Eric Heerema, Owner and CEO of Nyetimber, commented: “It gives me great pleasure to announce our partnership with Lympstone Manor and Chef Patron Michael Caines. Our world-renowned English sparkling wines will beautifully compliment Michael’s precise and distinctive highest-quality modern European cuisine, as well as the elegant surroundings of this historic, yet contemporary property.”

Michael Caines commented: ‘Lympstone Manor is a country house hotel for the 21st Century and it feels entirely befitting to be partnering with a great English sparkling wine producer. I’m thrilled to be welcoming Nyetimber’s meticulously crafted collection to Lympstone as the perfect accompaniment to our menus and ethos.’

To mark the occasion, Lympstone Manor will be hosting a celebratory dinner on Tuesday 20th August. Throughout the evening, guests will be introduced to the renowned English wine producer and experience five different vintages, each impeccably matched to a curated menu by Michael Caines. Tickets are priced at £255pp with the opportunity available to dine and stay from £785 based on double occupancy.

In 2020, Lympstone Manor expect to see their own first significant harvest following the planting of 17,500 vines in early 2018, however, it will take a further two years for the wines to develop and mature before release. The crop includes Pinot Noir, Chardonnay and Pinot Meunier, the key varietals used to make fine English Sparkling Wine. The vines are in a prime position in front of the property overlooking the Exe Estuary. Weekly vineyard tours are currently available to the public.

More events and news surrounding the Nyetimber and Lympstone Manor partnership to be announced over the coming months.