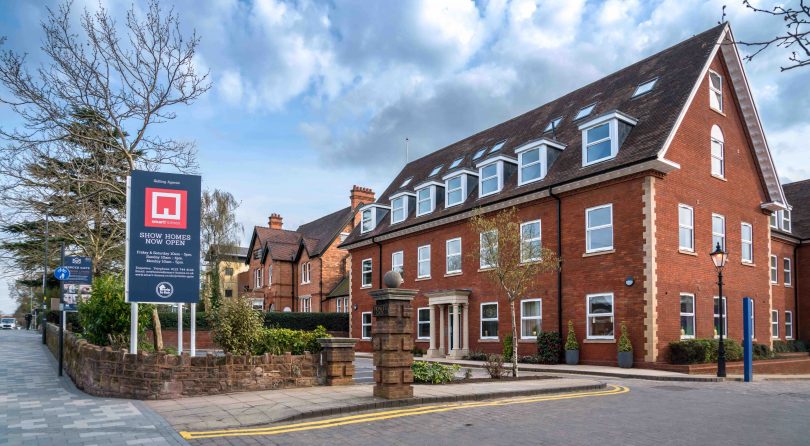 A structural and civil engineering design agency has celebrated a string of residential scheme wins, with the appointment on a fifth project alongside Elevate Property Group.

Farrow Walsh has celebrated its involvement in five residential schemes across the UK, namely Victoria Point in Ashford, Kent; Princes Gate in Solihull; Liversage Street in Derby; Cliveland Street in Birmingham and most recently, Edith Walk in Malvern.

The company, which was set up in 2009 and has offices in Leicester and Birmingham, attracts clients through its emphasis on sustainable design and close collaborative approach.

Chris Farrow, director at Farrow Walsh, praised the partnership between the two firms.

He said: “This milestone of working together is a testament to the brilliant relationship between Farrow Walsh and Elevate Property Group. To be recognised for this on five consecutive projects, reflects how transparency and honesty is at the heart of everything we do.

“As we near our official 10th anniversary in business, long may this partnership continue for the next ten years and beyond.”

Steve Dodd, Managing Director of Elevate Property Group, said: “We are very pleased to be working with Farrow Walsh on a number of key projects. Building a team of professionals we can work with and rely on is a keystone of our development strategy going forward.

“Farrow Walsh has an experienced and knowledgeable team perfectly placed to meet our individual requirements for design-led, bespoke apartment schemes.”

Projects currently under construction include Princes Gate in Solihull, Assay Lofts and Cliveland Street in Birmingham, Victoria Point in Ashford, Kent, Alban House in Hereford and The Post House in Gloucester.