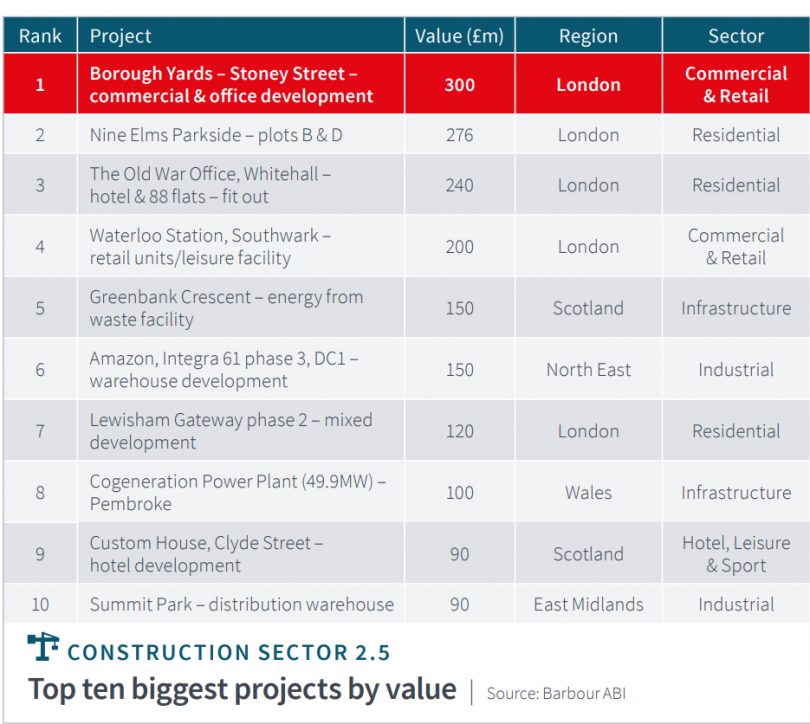 The latest edition of the Economic & Construction Market Review from industry analysts Barbour ABI, highlights levels of construction contract values awarded across Great Britain. Analysis by sector shows that the largest share of contract awards in July was held by the residential sector at 39.9%. Commercial and retail was the second largest sector this month with 16.0% of contract awards and was followed by the industrial sector with a share of 13.6%.

Commenting on the figures, Tom Hall, Chief Economist at Barbour ABI said, “The planning pipeline continues to defy recent negative economic news. We have seen significant activity for contact awards across the UK for the past three months, with a 13.8% increase on the comparable quarter ending July 2018. Over the next three months, we will be rolling steadily towards the Brexit deadline which may impact figures as uncertainty once again sets in.”