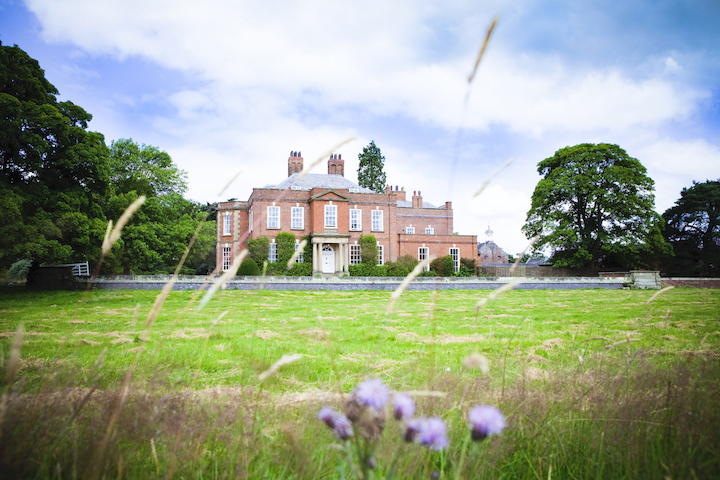 Iscoyd Park, the Shropshire-based private country house wedding and events venue, appoints Gareth Jones as Development Chef, fresh from the Chester Grosvenor. With an impressive, Michelin-trained background, Jones will join David Cox, who took the coveted position of Head Chef in 2018. These experienced and sought-after hires will allow Iscoyd to fast-track its dynamic plans to change the face of events catering, bringing the quality of city venues deep into the countryside.

The award-winning venue has appointed Gareth Jones from his position as Head Chef of La Brasserie at The Chester Grosvenor, to work alongside Head Chef, David Cox. Both have a strong pedigree working across a number of Michelin and multi-rosette winning establishments. The move is set to advance Iscoyd Park’s plans to revolutionise weddings and events catering, since the decision was made to bring catering in-house in 2018.

Gareth Jones brings 20 years’ experience from some of the best restaurants and hotels in the North West, most recently at The Chester Grosvenor, spending a number of years alongside Michelin-star chef, Simon Radley.  Prior to this, he was Head Chef of Mr Coopers House and Garden under Simon Rogan and gained much of his early training at the Michelin Star ‘Arkle Restaurant’ at The Chester Grosvenor. Gareth worked his way up from Demi Chef de Partie to Sous Chef over seven years before moving on to his first head chef role at the 3 AA Rosette Bodysgallen Hall Hotel and Spa.

As well as being an excellent and highly experienced Chef, Jones has extensive knowledge in strategic menu development. He comments: “Iscoyd has been on my radar for some time and I am fully behind their ambitious plans. Working alongside David Cox and the team, we plan to develop really exciting menus that will set Iscoyd apart from the rest and continue to build on Iscoyd’s excellent reputation for the food it is producing.  I am really looking forward to this new chapter in my career and it is great to be involved with in this journey at Iscoyd.”

Director of Iscoyd Park, Phil Godsal, comments: “Our Head Chef, David Cox, has a wealth of experience in top establishments (Angler, Fenchurch Restaurant, Sky Gardens, Hibiscus, La Trompette) and has set a high bar since we brought the food in house just over a year ago.

“Gareth’s appointment will help us Iscoyd Park advance the many exciting developments they have planned for the future whilst maintaining the quality of food for the growing numbers and types of events that we are hosting.”

Phil continues: “We have worked really hard over the past eighteen months to ensure that food is at the forefront of our offer at Iscoyd Park. As such, it was essential that we strengthen our offer and continue to drive innovation within the kitchen. From the moment guests step through the door, we want to ensure they are completely blown away by the experience and believe that the food offering is integral to this, whether it’s a wedding breakfast, private party, supper club or intimate dinner.”

Iscoyd Park, the 18th-century Grade II-listed Georgian house is every inch a family home, having been in the Godsal family since 1843. Phil Godsal took over the running of the house from his father (also called Philip) with his wife Susie in 2009 and began a much-needed restoration project making it the House it is today.

The venue hosts weddings, parties, and celebrations of all types and sizes, as well as company retreats, Supper Clubs, Sunday Lunches and anything that is interesting and a little bit different.