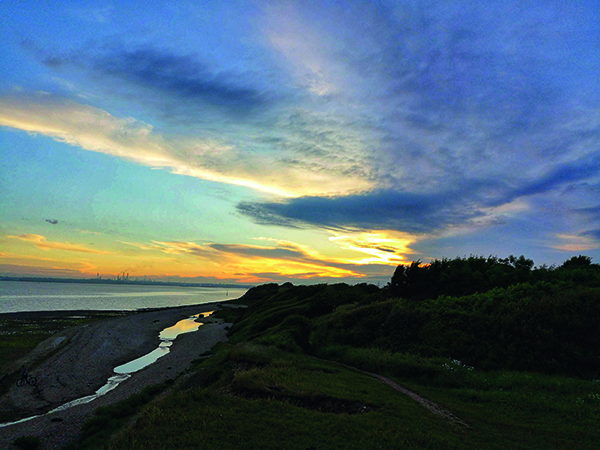 An alliance formed to deliver a combined, efficient and comprehensive coastal management service across the coastlines of four local authorities, the Eastern Solent Coastal Partnership is an innovative and dynamic initiative.

It was driven forward by a need for coastal management that recognises coastal flooding and erosion risk impacts are not exclusive to local authority boundaries.

The partnership initiative consists of a small team of specialist coastal officers and engineers who centrally manage coastal flood and erosion risk across 162km of coastline.

The overarching vision of the ESCP initiative is to reduce the risk of coastal flooding and erosion to people and the developed and natural environment by encouraging the provision of technically, environmentally and economically sustainable coastal defence and protection measures.

Current and recent developments in which the ESCP are involved include the North Portsea Island Phase 3 Tipner Lake Coastal Defence Scheme, the southern section of which is now open.

The first 900m of the project was completed in November 2018, with the remainder of the scheme due to be finished in the autumn of this year.

All civil engineering and hard landscaping elements have been constructed, including four new social spots which provide enhanced views of Tipner Lake, along with several incidental play features that can be found scattered across the frontage.

A major milestone of constructing the sea defence was achieved ahead of programme, meaning the only remaining works due to be undertaken are building the new tarmac footpath, rock revetment and some landscaping elements, particularly planting and seeding the park areas.

Phase 4 of the North Portsea Island scheme is being carried out in two distinct sections: Kendall’s Wharf and Eastern Road.

The work is being grant funded by Defra and will take an estimated six months to complete at Kendall’s Wharf, which will be followed by an estimated three years to complete seawall construction along the Eastern Road.

Reinstatement, including planting and light landscaping works will continue after completion of the seawall. The new defences are designed to significantly reduce the risk of coastal flooding over the next 100 years.

At South Hayling Island, the first phase of a beach management scheme was carried out during October 2018.

Approximately 20,000m3 shingle was recycled from Gunner Point and the open beach to reinstate the beach levels at Eastoke, Hayling Island and reduce flood risk to 1700 homes.

These works were carried out to ensure the beach design profile was achieved prior to the winter storm period.

In the Gosport FCERM projects at Alverstoke, Seafield and Forton, the ESCP has developed outline designs for all three of these priority coastal defence schemes and is now in the process of appointing a consultant to help advance the schemes through the detailed design (Alverstoke & Forton) and enhanced outline design (Seafield) phases.

Once built these schemes will reduce flood risk to 541 Gosport homes until 2070.

The project team has secured funding for Alverstoke detailed design, consenting and construction, along with Seafield enhanced outline design.

Additionally, an outline business case has been submitted to unlock further funding from the funding from the Environment Agency for detailed design, consenting and construction funds for the Forton Scheme.

In November 2018, the ESCP and Environment Agency held a stakeholder workshop to share their findings from two of their important coastal projects – the Solent Bird Studies and the Solent & South Downs Regional Habitat Compensation Programme (RHCP).

Both projects arose from actions set out in the North Solent and Isle of Wight Shoreline Management Plans (SMPs).

The workshop brought together over 30 officers from different coastal authorities, statutory bodies and non-governmental organisations working in the Solent to share information and ideas on the development of future habitat creation sites in the area and how to conserve and enhance high tide bird roosting and feeding sites.

This will help to ensure that the internationally important habitats and wildlife that are present in the Solent are sustained for the future.