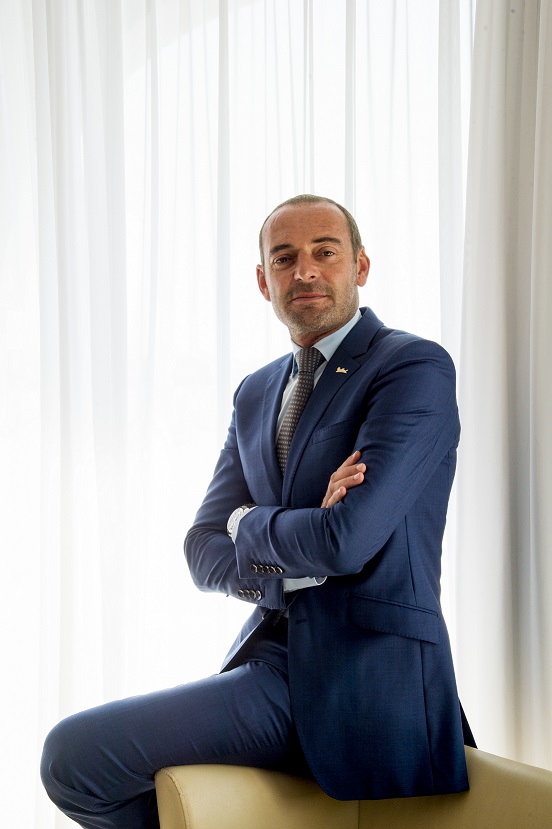 Lionel Servant will assume his duties as manager of Hôtel Negresco on October 24. A consummate professional in the hospitality trade, Lionel was chosen by the Negresco’s board of directors not just for his experience but also for his human qualities combined with his ability to keep the spirit of Madame Augier alive.

Lionel Servant will put human values at the heart of his future plans for employees and clients alike. He will ensure that the high level of quality required by a prestigious establishment continues uninterrupted, to which he will also bring a strong social and environmental commitment. Lionel will strive to develop and maintain a service-focused approach in the tradition of the French hospitality industry that is so important to the Negresco.

Lionel Servant is passionate about his metier and has dedicated to his life in the hotel business, which he experienced for the first time at a very young age. What were his dreams made of? To travel and discover the world – and to become manager of the Negresco in Nice, this palace that generations of hoteliers have dreamt of. The six years he spent at Groupe Lucien Barrière gave him a sound understanding of the world of luxury and opened him up to an international clientele. He put his expertise to good use when he joined the Rezidor Group in 2005 as deputy manager of the Radisson Blu in Nice, before becoming general manager the following year. Lionel’s human values and social approach meant he was a perfect fit for the Scandinavian group, and in 2010 he was appointed manager for the southern region for Radisson, Park Inn and Regent hotels.

This irreproachable journey now sees Lionel appointed manager of a unique establishment – Le Negresco, which awakened his calling and passion for the hotel industry when he was still a young man.