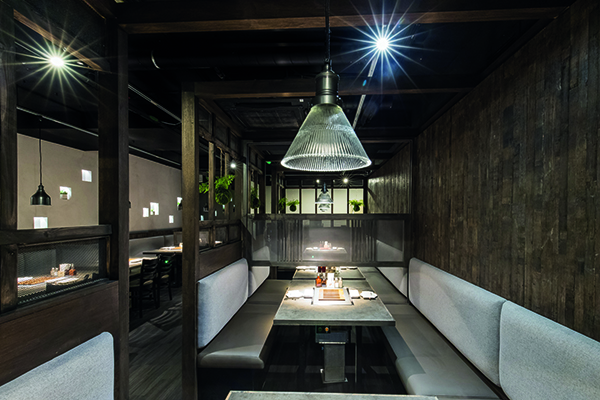 Kintan Japanese BBQ opened the doors to its first site in High Holborn in August 2014 with a second location in Oxford Circus opening in November 2017.

Kintan Japanese BBQ restaurants feature a built in smokeless roaster at each table which enables an interactive dining experience where guests become the chefs. The menu features carefully sourced ingredients both locally and internationally while staying true to authentic Japanese flavours.

How did you get involved with the project?
“We were appointed as the architect of Kintan High Holborn in 2014 and then as main designer, architect and project manager for the Oxford Circus branch in 2017. We were also involved in the construction works of the Kirtan Oxford circus site. Earlier this year the client decided to carry out a full renovation of the High Holborn site but preferred to have a design and build team involved rather than involving two separate companies. I believe we built trust and a good relationship with the client during the first two projects so they decided to appoint us as a design and build company for the full renovation of the High Holborn site.”

Did the client give you a brief of what they wanted?
“The brief was to come with a design and material choices which would be suitable for a yakiniku restaurant and in a high traffic restaurant like Kintan. We were asked to create a casual, rustic looking restaurant with a Japanese touch. We only had five days to carry out all of the construction works, which was a tight timeframe for a restaurant of this scale but we managed to fulfil and complete the project within the programme by working closely with the client.”

What was the reason for the very quick turnaround?
“Kintan is a very large restaurant with many staff working there; it is open from lunch time until late evening and serves many customers. Closing the restaurant for longer not only would have financial impact for the company but there would have to be other considerations taken for the staff which would put the client in a difficult situation. Five days was therefore the maximum time they considered the service could be suspended. It was a challenging task but successfully completed’’

What are some of the highlights of the new design?
“It was decided that we would create a rustic environment; something completely different to what was in place at the beginning. The idea was to give the restaurant a new air with a transformed atmosphere so the customers could feel the difference. The defining material was reclaimed dark wood complemented with metalworks and concrete render. We also included some greenery to provide contrast and because it is the feature element present in the Kintan restaurant at Oxford circus. It is an inviting and comfortable atmosphere, so the customers can relax and enjoy the space while they dine.”

Have you heard any feedback since completing the project?
“We have received some good feedback. I believe we managed to deliver the client expectations within the budget and timeframe they asked. The client was pleased with the outcome of the project and the customer’s response has also been positive. We look forward to working on the next Kintan in London. ”

How important was this project for you to be involved with?
“This project was for one of our former clients and at LCC we really care about meeting the client’s expectations even more when they know our quality of works. It was important to maintain the trust with the client and to keep our standards at a high level. Overall the experience was challenging but key to understand what we are able to achieve, carrying out a demanding project with such a quick turnaround. ” 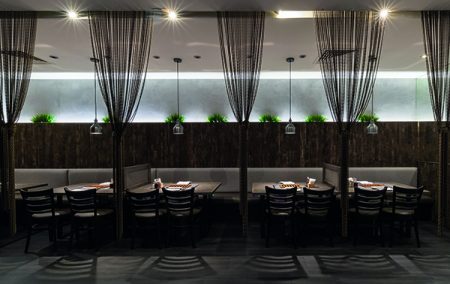