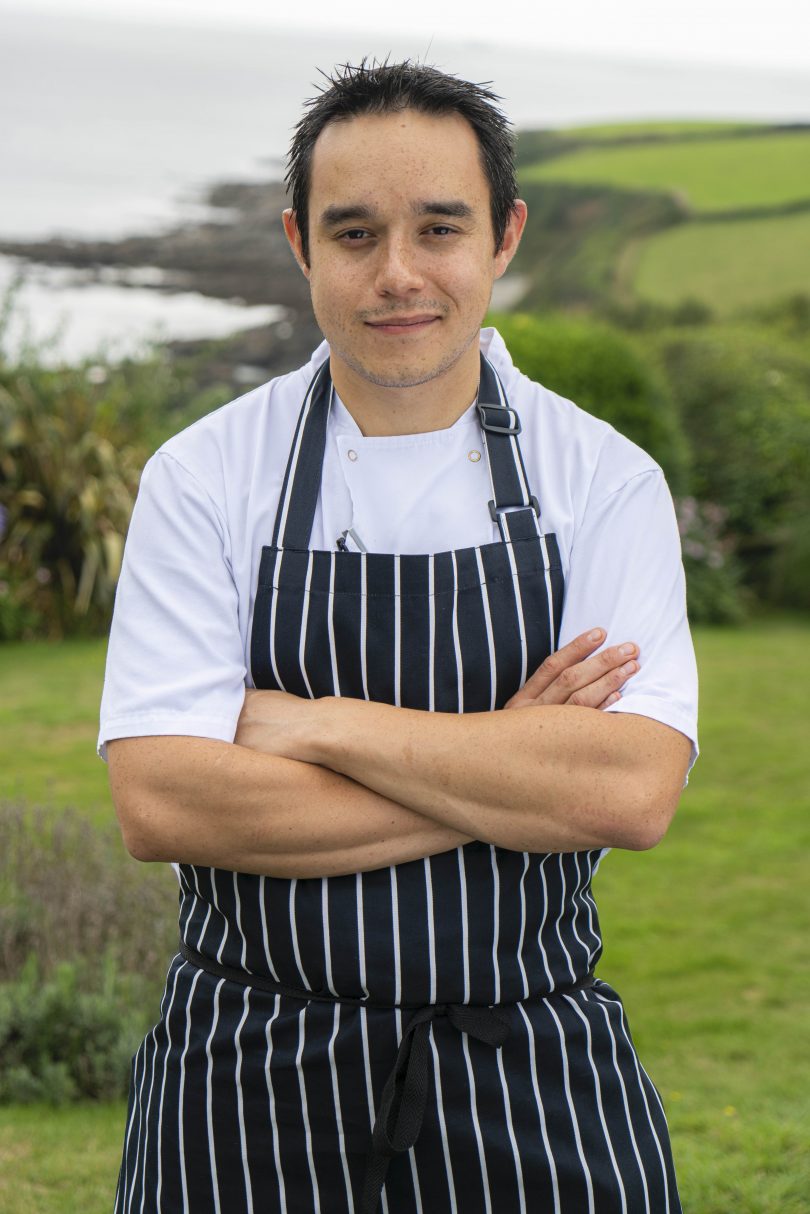 Oliver Pierrepont is settling into his Head Chef position at the award-winning restaurant at a luxury coastal hotel in Cornwall and is already bringing in an award nomination.

The seaside boutique hotel, Driftwood, appointed Pierrepont last month, who brought his wealth of experience from Michelin starred restaurants in London and the Home Counties.

The first month of Olly’s new role has seen him bring his signature style of cooking to the restaurant, and the new team. Olly has been working hard on the new menu incorporating modern French and European flavours, which has now officially launched and includes a range of delicious dishes such as AnyHoe Park Deer, Potato Galette, Beets, Smoked Bone Marrow and Wild Cornish Monkfish, Gnocchi, Ceps, Hazelnut Pesto & Elderberry Caper.

Not only that, the restaurant has just been nominated for an award in the True Foodies Restaurant Awards, recognising the restaurant’s sensational food, with the winners being announced on 12th October.

The restaurant offers locally sourced, seasonal ingredients and produce, with the freshest seafood sourced from Cornish waters and the most flavoursome meat reared from roaming cattle, offering a true field to fork dining experience.

Oliver Pierrepont said: “I’m so happy to have joined such a fantastic restaurant and I’m really grateful to be able to incorporate my own style of cooking and put my stamp on the food offering at the hotel. It already feels like I have been here forever and I’m looking forward to what the future holds for me at Driftwood.”

Paul Robinson, Owner of Driftwood, said: “We are thrilled that Olly has already settled in so well and brought his expertise to our award-winning restaurant. We’ve had some great feedback from the new menu so far and we hope that the success will continue.”

To find out more about the True Foodies Awards, please visit the website www.truefoodies.com/