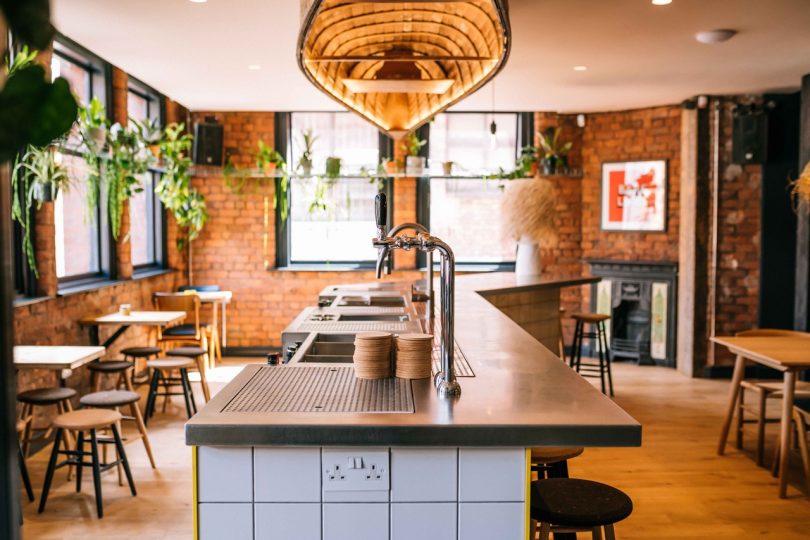 The announcement follows a hugely successful six weeks of being open, which have seen Wilderness Bar + Kitchen receive several outstanding local and national reviews and also a nomination for ‘Avant Garde Cocktail Menu’ in the Imbibe Drinks List of the Year awards.

During this time the owners became aware of The Wilderness in Birmingham, a rock and roll fine dining concept in the City’s Jewellery Quarter. Both establishments share a strong commitment to seasonal ingredients and exceptional cooking, and so to avoid potential confusion, Wilderness Bar + Kitchen have decided to rename themselves Wolf At The Door.

Owner Dan Morris said: “Since we first heard about The Wilderness in Birmingham, we have taken some time to get to know them and what they do. It is great to see like minded people doing so well and we decided that as we both have big ambitions for the future it is best to make this change today. The offering, design and ethos of our space will all remain the same and we will continue to look forwards and do our best to make Wolf At The Door a really special place that we can be proud of”.