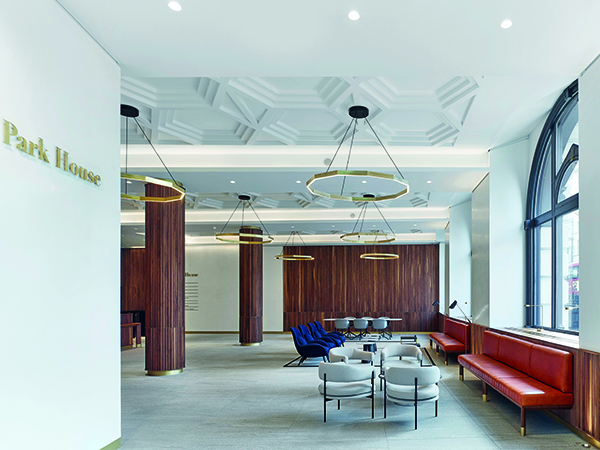 From August 2018 to December 2018, a partial refurbishment of Park House on Finsbury Circus for Deutsche Asset Management took place.  Stiff and Trevillion carried out this refurbishment, with a bespoke coffered ceiling and reception desk . This came about through examining the urban context of 16-18 Finsbury Circus, in which it revealed a significant commercial opportunity. Nondescript Victorian buildings at the rear of the site were clearly out of scale with Gordon and Gunton’s grand, classical façade and neighbouring buildings. Replacing them with a new building in scale with the context enhanced the area’s character and added greatly to the lettable space.

In 2012, RREEF Real Estate, the real estate investment management business of Deutsche Bank’s Asset Management division, announced that it had acquired Park House, Finsbury Square in London EC2 on behalf of one of its German open end funds, grundbesitz europa for £150,250,000.

This prime asset comprises 195,000 square feet of office and retail accommodation. It was redeveloped in 2008 to provide full specification offices around a full height atrium behind listed façades. The property is now occupied by high profile city tenants including Bloomberg, Cisco Systems, City Index and Brown Brothers Harriman and provides an average lease term of over seven years.

Stiff and Trevillion are a well-established West London practice. They have a strong reputation for elegant and sophisticated architecture, and collaboration is at the heart of the practice’s ethos. From the development of the brief and initial scheme with the client, to the delivery of the project with the design team, they work together.

Established in the early 1980’s, the studio employs around 45 people. The two founders, plus four directors, lead the design and delivery process. A mix of interior designers and furniture designers, as well as architects and technicians are also employed, reflecting the work they do across the commercial, restaurant & retail and private residential sectors.

Stiff and Trevillion design buildings and interiors, and whilst the majority of their commercial and residential work is in London, they carry out projects across the UK and overseas. In particular, they have built a good reputation and strong working relationships with central London Boroughs such as Westminster City Council, Royal Borough of Kensington & Chelsea, City of London and Southwark.

The Studio is an active member of the NLA, The London Society, The Royal Academy, the Architecture Club, City & Westminster Property Associations among many others.  The Practice is RIBA accredited and they are supporters of the Stephen Lawrence Trust and the Architects Benevolent Society. Their work has also been recognised with many industry awards. 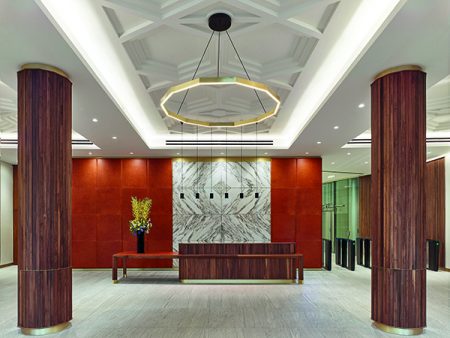