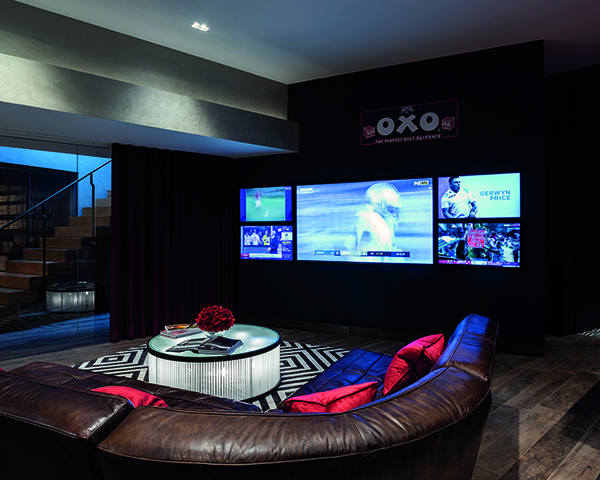 A finalist in the 2019 SBID awards, Nice Brew Design was commissioned to design a private underground entertainment space for a London client. The 530 square metre space, known as The Bunker, was created under an existing detached 1920s London house and needed to include a large gym and shower room, toilets, a two-lane bowling alley, dance area and DJ booth, bar area that would double up as a meeting space, a wine room, pool table and various seating areas including an area with five screens for multi-screen sport watching.

Working alongside the architect, Nice Brew Design came up with a large open space that would need visual zoning to create clear areas but ensured the space as a whole was unified. Accessed both externally and from the main house, a dramatic entrance from the family house was important to the client as well as the need to shut the entrance off from the house, so that it felt like a different place.

One careful consideration Nice Brew Design took into account was the acoustics of the space. Noise from music, and in particular the bowling alley, needed to be retained within the basement and it was essential that it didn’t travel into the house or the gardens above, as it is a residential area.  Acoustic plaster from Stil acoustics was used on the ceilings; acoustic glass and doors were specified for the glass encased staircase that leads to the main house and the wine room, as well as to the floor to ceiling bronze doors that separate the house and bunker staircase. The bespoke bronze doors to the external entrance at underground level were also acoustic specified and a copper clad box that encases the external staircase from the garden level was designed to further ensure noise was kept below ground.

Another challenge Nice Brew Design faced from this unusual project was that space was restricted. Position was governed by the fact that The Bunker needed to link to the main house above as well as have an external entrance. Originally the project was designed as a two storey bunker but it was then discovered that the existing borehole only went down 6m and a further test resulted in the conclusion that this would be a complex construction and was updated to a single storey proposal instead.

Nice Brew Design said of the importance of the project:

“This was a long project. Design work started in 2015 with construction kicking off early in 2016 and completing in November 2018. As such it was a detailed and an all time consuming project. It was a fantastic brief from the client and the opportunity to bring so many areas of design together into one space. It was a challenge but one that we relished, and as such remains one of our proudest projects to date.”

Finalists in the ‘Residential Over £1M’ category, the SBID awards recognise, reward and celebrate design excellence across a broad range of categories. Winning an SBID International Design Award is a high achievement as the projects are evaluated by leading industry experts for their technical content and aesthetic creativity while the design-conscious public also has a say in choosing the most inspiring projects. This award for design standards attracts entries from across the world, making it truly an honour and a sign of industry recognition that is second to none for the deserving winners.

The SBID International Design Awards has become the first interior design award scheme to be accredited with the GOLD Standard Awards Trust Mark by The Independent Awards Standards Council, who commended the programme as “exemplar in how awards should be operated.” 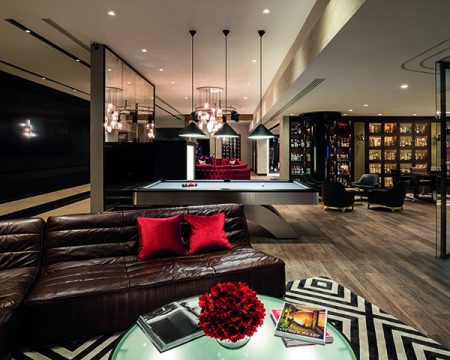