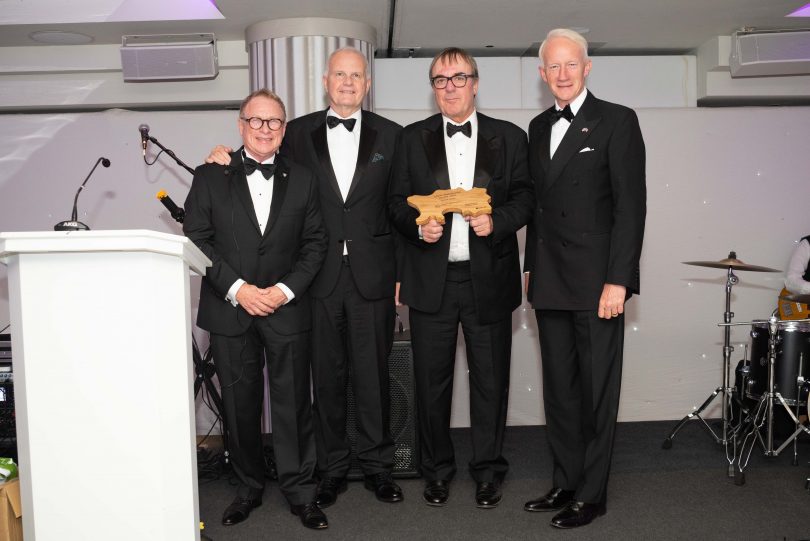 Patrick Burke, owner and managing director of The Atlantic Hotel (theatlantichotel.com) has been named winner of the Island Ambassador category at the Jersey Hospitality Awards held on Friday 18th October 2019.

The Jersey Hospitality Awards aim to celebrate the best the industry has to offer. The winners were judged by a panel of leading figures in the local hospitality world and wider business community on the island. Patrick was recognised for going above and beyond the call of duty in promoting the very best that Jersey has to offer.

Patrick Burke is a passionate ambassador for Jersey and works tirelessly to strengthen the public perception of the island as a quality destination. Alongside overseeing The Atlantic Hotel and Ocean Restaurant day to day, Patrick co-founded the Luxury Jersey Hotels (LJH) consortium in 2009, serving as Chairman for the past ten years. In addition, he launched the Eat Jersey Food Festival in 2015. Eat Jersey unites a brigade of renowned chefs from the UK for a weekend of gourmet events at The Atlantic, showcasing the finest Jersey produce and helping to put the island on the map. To date, via Eat Jersey and other channels, The Atlantic has raised over £20,000 in aid of Jersey-based Durrell Wildlife Conservation Trust.

In 2018, LJH launched Taste Jersey as an island-wide celebration of food and drink across the member properties to underline the gourmet messaging for Jersey. In the same year, Patrick was appointed to the Board of Visit Jersey, allowing him to further extend his work in promoting the island as an international destination.

Patrick Burke said: “I consider it a great honour to have been named Island Ambassador by the panel of judges at the Jersey Hospitality Awards. Since my arrival in Jersey at a young age with my father Henry, founder of The Atlantic, the island has been my home. Jersey is a special place indeed and the more that we work together and shout from the roof tops about all that is on offer here, the more successful our industry will be.”

Simon Soar, CEO, Jersey Hospitality Association, added: “Patrick won the award as his efforts and achievements for the island as well as his hotel are outstanding. It is truly remarkable to see all he has achieved and the statement he has made about our island in doing so. We are delighted to award this to Patrick, and couldn’t be happier to count him as one of our members.”

For more information on Patrick Burke and The Atlantic Hotel, please visit www.theatlantichotel.com.