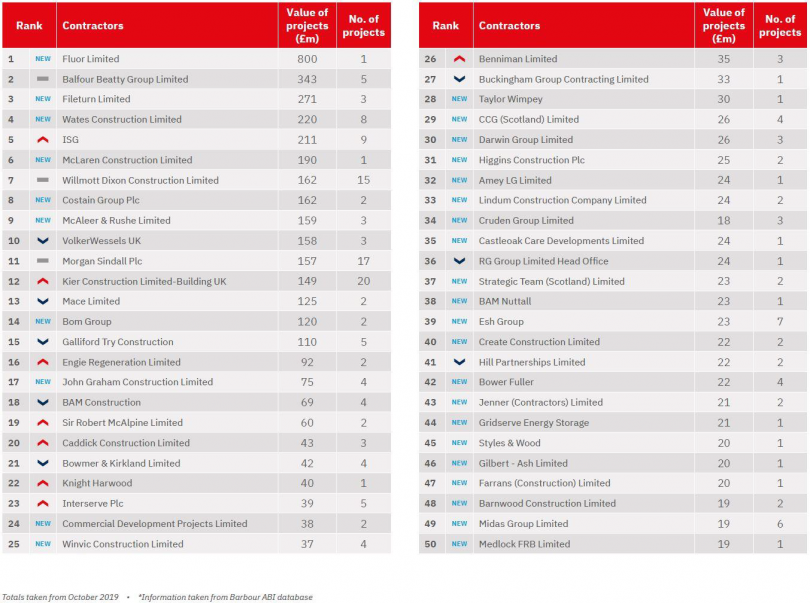 For October, there have been six new entrants to the Top 50 Contractor League in the first ten spots, shaped by four project awards all over £150 million.

Fluor Limited took the top spot following the contract award for the £800 million Fawley Refinery upgrade works, and Fileturn Limited came in third place largely thanks to their involvement in the £270 million London Hilton, Park Lane development and refurbishment project.

In other notable activity, McLaren Construction were awarded a contract worth £190 million for the redevelopment of 101 Cleveland Street in Westminster and Costain Group were awarded the £161 million Preston Western New Road connecting the M55 to Preston’s docklands. The other two new entrants to the top 10 were McAleer & Rushe and Wates Construction.

The upwards trend in activity for these contractors has pushed a few of the larger contractors out of the top 10 and into lower positions including Galliford Try, Vinci Construction and Mace Limited.