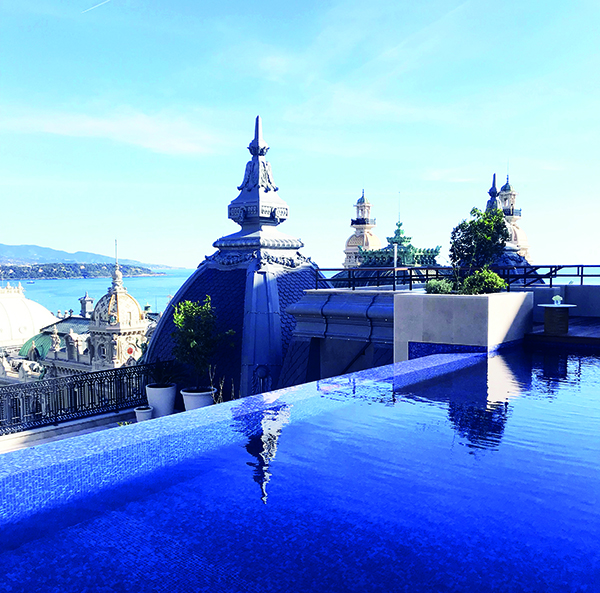 Facing the elegant Casino and perched above the Mediterranean, Hôtel de Paris Monte-Carlo does justice to its privileged location at the centre of the world’s playground–and to its status as a founding member of The Leading Hotels of the World. Its grand lobby and lively bars and restaurants have long made it a prime spot to see and be seen by those who come to Monaco to revel in the finer things in life.

As the principality has evolved into a thriving centre for culture, sports, philanthropy, and sustainable development–spearheaded by Prince Albert II and epitomized by the new One Monaco luxury complex—Hôtel de Paris Monte-Carlo is also evolving to keep pace. This was done by a selective reconstruction and thorough renovation. It has added new spaces to the hotel while respecting its unique character–a balancing act that required four years and a team of top architects from around the world.

PREMIER HOSPITALITY INTERNATIONAL MAGAZINE spoke to with Richard Martinet, Director of Affine Design. He talked about some of the highlights and challenges about working the hotel:

“The owner was asking us to make a new concept for this iconic hotel that was a bit aged. We did this portfolio in 2012, and after the engagement committee of the client’s company, they took the decision to do a big renovation. It took 4 and a half years of construction, after 2 years  of design, so it has been a big challenge for the owning company

“The hotel is downtown, in the centre of Monaco. They call it an urban resort, people come here to relax away from the noise and in such an urban area,  I thought it would increase the comfort  to create a quiet space , a courtyard in the middle of the hotel –  protected from all the noise well planted and beautiful. One third of the rooms overlook the garden instead of the streets and we have created a protected garden view as a substitute for guests  who don’t have a sea view this has been very successful.”

Two guest wings were rebuilt from the ground up and an interior garden courtyard was created, bedecked with palms trees and lined with fine-jewellery boutiques in the style of Paris’s Place Vendôme. A new penthouse suite, named for Prince Rainier III, faces the Princess Grace Suite, a loving tribute to the monarchs whose vision for modern-day Monaco lives on today. Particular fans of the hotel’s Belle Époque lobby will be happy to hear that it was treated with a light, restorative touch: its famous glass ceiling dome is still in place, as is the bronze equestrian statue that guests rub for good luck on their way to the gaming tables.

“Some of the places, like the lobby, were very iconic- films and fashion shows had been shot there, so we kept the décor but created large the windows,  bringing  in natural light. Now, you find the same décor in a new scenography  the beauty of which is enhanced by the natural light;  in a way this is keeping the story of the hotel and lightly amending the space.”

The hotel’s tradition of fine dining continues in the Grill, with its panoramic view, in the Louis XV restaurant  crowned with three Michelin stars, and the brand-new ÔMER restaurant both helmed by Alain Ducasse. The Bar América retains its original look and feel as a gentleman’s clubhouse and, with its new terrace, is even more of a prime location for watching the Grand Prix de Monaco auto race each spring. Even after the renovation, traces are still visible if you know where to look; for example, on the heavy glass lobby doors, where guests’ diamond rings have left decades worth of tiny scratches behind the handles.

Richard added: “The guests say it’s almost like we haven’t changed anything, which is the best compliment we could get from them.  We did this renovation, with always half of the hotel in operation so it didn’t close fully; this was not easy. But that choice was made by the owner  because Hôtel De Paris is so consubstantial with  the heart of Monte Carlo that you can’t imagine having the hotel closed for two years.

“In the most difficult areas we had something like 1/3 of the hotel operating whilst work was being done.  We have preserved existing iconic parts, but created our own signature too.  We had creative independence, which meant really a free discussion on any subject with the owner- we were allowed to put on the table whatever we wanted and then have an open discussion about it. Another thing that gave us full freedom was that we have been committed to architectural design but interior design also, which makes the whole project more consistent.

The General Manager Ivan Artolli, and his team hope that a new generation of guests will find the hotel as exciting, glamorous, and surprising as Monaco itself. 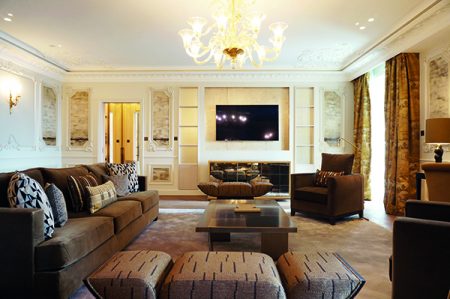