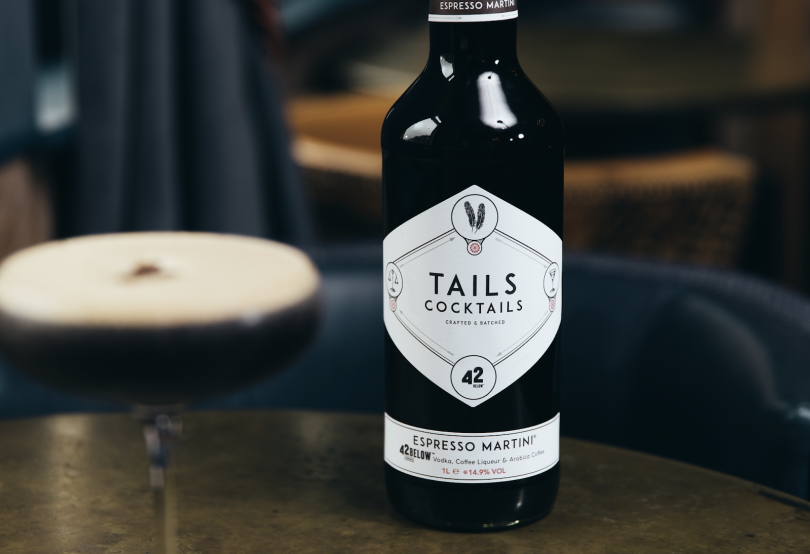 State of the nation report by Tails Cocktails reveals a shift in the way drinks are being served:

Tails Cocktails, the UK batched cocktail experts, has revealed that almost three quarters of consumers have waited over 14 minutes for a cocktail to be made. This comes as cocktail sales soar, (an increase of +9.5% this year to the on-trade in the UK, CGA Mixed Drinks Report Q1/2019), as with 71% of consumers admitting to choosing them over wine and beer during dinner and Londoners admitting to drinking an average of ten a month.

The in-depth report spoke to 2,000 respondents across the UK to uncover the nations drinking habits. Findings have shone a spotlight on the British consumers’ insatiable appetite for cocktails, and revealed how bartenders are struggling to keep up with demand, while trying to cater for the increasingly sustainability conscious and time poor public.

Batched cocktails offer a solution, with 74% of bartenders admitting that they are disrupting the drinks industry and 69% of bartenders revealing that batching cocktails actually improves the quality of serve in their bar, offering a consistent drink each time.

A WAITING GAME
With the wait time on cocktails averaging across the UK at 8.3 minutes and the typical drinker enjoying seven a month, the British consumer is waiting up to 12 hours a year for their cocktails. For Londoners, who drink an average of ten cocktails a month and wait up to 14.3 minutes, this could mean over 28 hours a year perched at the bar without a drink.

The study also revealed that the public is increasingly protective over their precious time, with over a quarter of drinkers admitting they have left a bar to go to another venue because they have gotten tired of waiting for their cocktail. A more compromising 28% of Londoners have changed their cocktail order to a simpler drink to speed up the process.

Bartenders have shared their reasoning for why cocktails take so long, with 85% claiming that the multiple ingredients in cocktails slow them down, and 32% blaming the long wait times on struggling to remember recipes.

CONSISTENCY AND TASTE
The UK is now a nation of cocktail connoisseurs with 81% of consumers valuing taste as the most important factor when ordering a cocktail and 36% of drinkers revealing they have been disappointed in a cocktail when it arrived because it didn’t taste like it should have.

33% frustrated drinkers shared stories about being disappointed when ordering a cocktail that the bartender didn’t know how to make.

Striving for consistency is something that bartenders have acknowledged, with 69% admitting that batching has improved service.

SUSTAINABILITY
Over a third of the public now consider sustainability a key factor when ordering their drinks, which comes as an astonishing 86% of bartenders across the country admit that up to 20% of their stock is wasted each month.

Jean Vital, bartender at the Mews of Mayfair, comments on the batching trend, “Batching isn’t a new concept, but it’s something that is being increasingly recognised as an innovative way to serve guests high quality drinks without compromising on taste or time. It’s a no brainer really.”

THE SOLUTION
Batched cocktails offer UK consumers a consistent serve each time, and ensure the most popular cocktails, including Espresso Martinis and Negronis, taste as delicious in one bar as they do in another 100 miles away.

Nick Wall, founder of Tails Cocktails, commented: “Batching cocktails is a real game-changer. Since I started the company, it has always been our vision to elevate drinking experiences by making high quality cocktails more accessible to a broader audience. We strive for consistency and making sure guests get the perfect serve every time.”