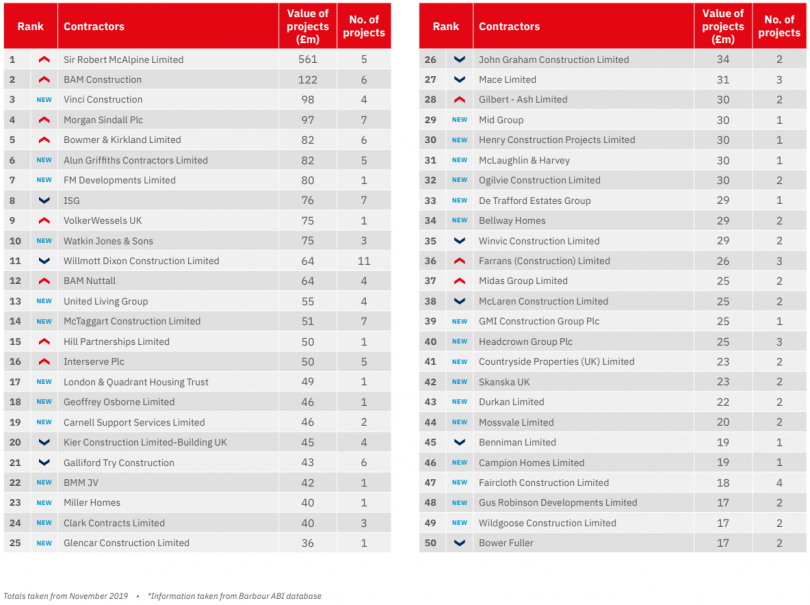 BAM Construction and Vinci Construction were in second and third place for November 2019, with a total contract award value of £122 million and £98 million respectively. This month, the top three contractors have been awarded a combined 15 projects at a total value of £781 million. In October, the top three were awarded a total of nine projects valued at £1.4 billion.

Sat at the top of the 12-month rolling table is Galliford Try Construction with total contract award values of £1.8 billion made up of 87 projects.