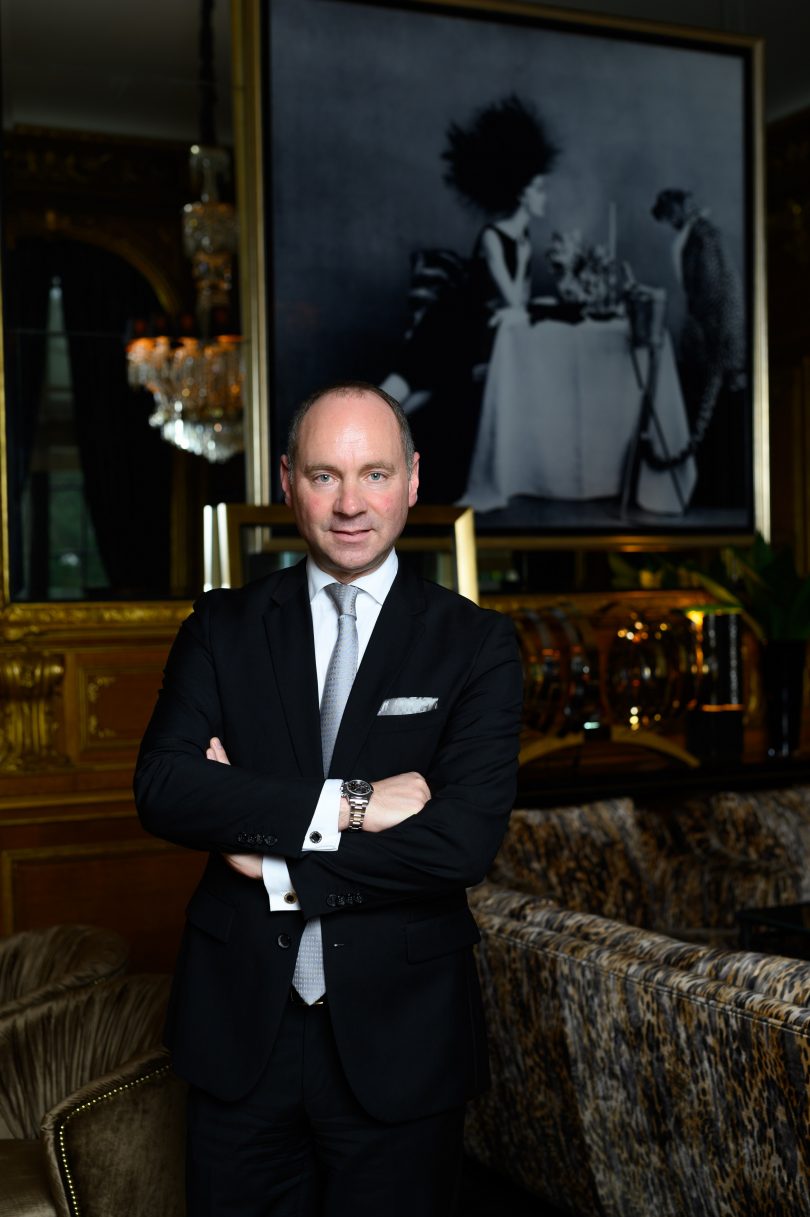 The famous Hotel Bristol Berlin, for over 65 years one of the landmarks of the German capital and centrally located on the 3.5 km long Kurfürstendamm, is now managed by Stefan Athmann as General Manager.

As a meeting point and destination for Berliners and international travelers, the elegant hotel in the heart of Berlin has always been and still is at the centre of the lively change and development of the vibrant metropolis. While in its glorious past, celebrities such as Sir Alfred Hitchcock, Maria Callas, John F. Kennedy or Sophia Loren would be regular guests, today famous actors, politicians and socialites from around the globe would be among loyal clients. Re-opened in 1952 as the first hotel of the Kempinski Hotels after the war, the luxury hotel has always been a reflection of Berlin’s fascinating and eventful history and was already called the “most international hotel” in the country in the first half of the 20th century.

With Stefan Athmann, no stranger is taking over the management of the hotel in the heart of the city, but a first-class hotelier with over 20 years of experience, who is strongly rooted in the Berlin market. He started his career as an apprentice at Atlantic Kempinski Hamburg and then moved to Kempinski Bristol Berlin. His further stations led him to InterContinental and Radisson in Berlin, to Uzbekistan, Greece and Belfast, before he returned to the capital as General Manager of the Regent Hotel Berlin in 2009. In 2015 he was appointed General Manager and Area General Manager Europe of Regent Hotels & Resorts and was also responsible for the new opening of Regent Porto Montenegro. Since September 2019, Athmann has been managing the glamorous Schlosshotel Berlin by Patrick Hellmann, which is under the same ownership as the Hotel Bristol Berlin, and which Stefan Athmann will continue to manage as General Manager in the future.

“I am delighted to be able to manage two very famous and historic hotels in Berlin as General Manager,” says Stefan Athmann about his new dual role. “Both hotels fascinated me at the beginning of my career as a young man and of course I am particularly looking forward to returning to the Bristol to embed this outstanding hotel in the luxury segment of Berlin in the coming years.“

Besides his native German, Stefan Athmann is fluent in English and has basic knowledge of French, Russian and Greek. The father of three children has completed the Professional Development Program at Cornell University, Ithaca, USA.