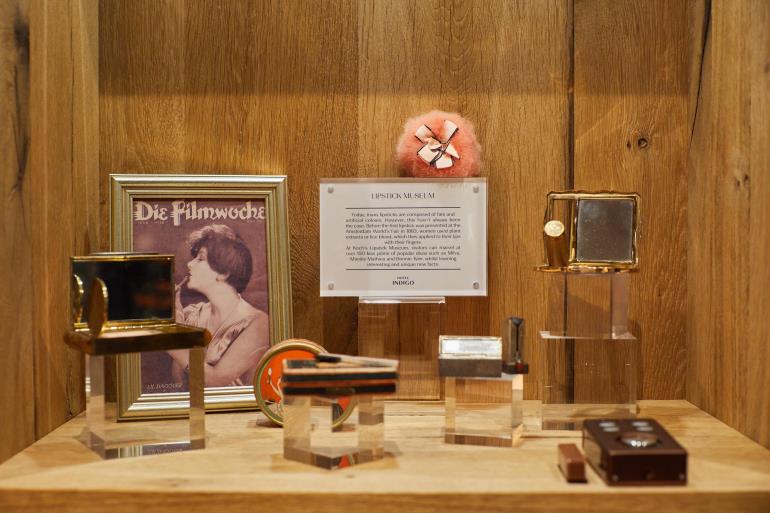 Hotel Indigo® today launches Clues to the Neighbourhood, offering travellers an exciting new way to discover the best experiences in the area where they’re staying. Clues to the Neighbourhood is a collection of items and artefacts that have been curated in partnership with historians, creative directors and artists, which are brought to life through artfully presented installations integrated into the hotel’s design. The clues allow travellers to explore a neighbourhood’s off-the-beaten-path experiences, whether a local museum, great view, music venue, local boutique or a place to eat and drink.

Mercury Prize-nominated singer and songwriter Laura Mvula and Berlin–based digital creative and tastemaker Cloudy Zakrocki spent months working closely with Hotel Indigo to curate Clues to the Neighbourhood. The curators selected a series of items that tell a hyper local story or offer a unique perspective on a well-trodden landmark. From an antique decanter to represent the award winning Welcombe Hills vineyard in Stratford-Upon-Avon, to a toy dinosaur to represent Spree Park Berlin, the clues they have chosen inspire guests to get under the skin of the neighbourhood and discover its most surprising secrets.

Cloudy Zakrocki notes: “Have you ever done something that is so unique that it’s hard to explain to your friends? Well, trust me, my Clues to the Neighbourhood for Berlin are most definitely something few people know about. For example, one of my clues which can be found in Berlin’s Schöneberg district, reveals that you can climb the world’s only open-air gasometer to an altitude of almost 80 meters. It truly is a one of a kind: as you watch the sunset whilst feeling free as a bird and having an eye-opening view of one of the world’s most loved cities.”

Laura Mvula, who composed the music for Anthony and Cleopatra for the Royal Shakespeare Company while in Stratford-upon-Avon, said: “My Clues to the Neighbourhood aren’t things that you’ll find in the guide book – which is exactly what I look for when I travel. My clues capture the pace of the town and that real sense of calm and pensiveness, as well as some of its most unique experiences. I love how the clues, which range from antique coins to contemporary art prints help guests to discover Stratford-upon-Avon in a multi-dimensional way.”

Meredith Latham, Vice President, Global Hotel Indigo at IHG® commented: “It is the neighbourhood that inspires the features of each Hotel Indigo. From the design of the space to the flavours of our restaurant menus, we bring local stories to our guests in a unique way. Our hotels provide a gateway to discover some of the most vivid locations in the world. With this project, our guests have a new way to unlock curiosity in the local area.”
An evolution of Shop the Neighbourhood, a shoppable hotel room at Hotel Indigo Lower East Side New York, Clues to the Neighbourhood is launching in three Hotel Indigo properties around the world: Hotel Indigo® Berlin – East Side Gallery, the brand’s 100th opening, and Hotel Indigo® Stratford-upon-Avon (UK) will launch in February, and Hotel Indigo® Brussels – City will debut later in the year.

Hotel Indigo is much more than a place to stay. It is a window to neighbourhoods around the world. In 2019, Hotel Indigo celebrated its 15th anniversary and opened its 100th property – Hotel Indigo Berlin East Side Gallery. Recent openings include Japan – Hakone Gora and Brussels, and the brand will soon offer bespoke experiences in to 10 new countries, including Peru, Australia, UAE (Dubai), New Zealand, India, South Korea, Japan and Vietnam.

Find out more about Clues to the Neighbourhood, with Hotel Indigo HERE.