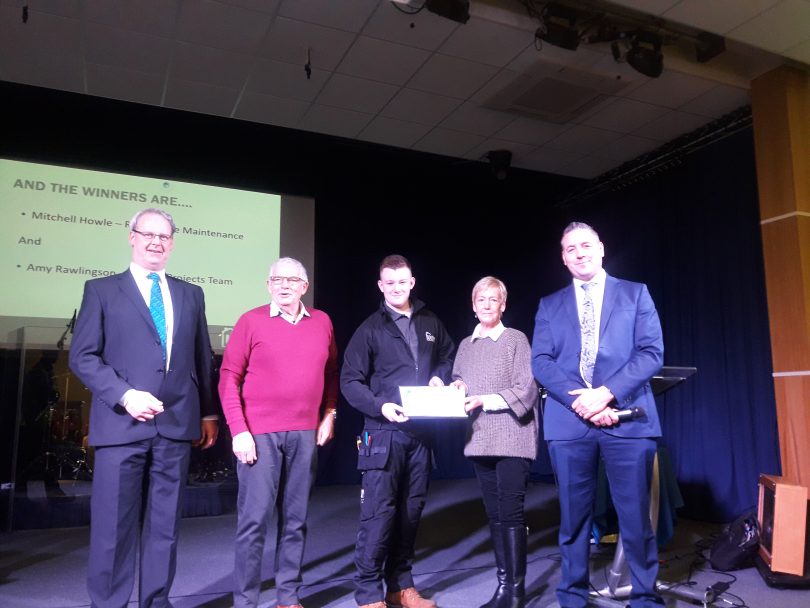 Two apprentices have received an award in memory of a former Unitas Stoke-on-Trent employee.

Steve Wilson, Operations Director, said: “Tracy started her role in March 2019 and over an eight-month period she made such a positive impact, not only to those who she worked with but also to local communities, schools and charities.

“Tracy sadly suddenly passed away on November 6. She leaves a legacy of exemplary projects and she helped to raise over £2,000 for two local charities: The Donna Louise Trust and Douglas Macmillan Hospice.

“Tracy worked with contractors to bring in over £61,000 of social value payback to support local groups and charities; all of this she did with passion, hard work, dedication and teamwork.”

The apprentice award was established in Tracy’s memory, as she played an integral role in setting up the 2019 apprenticeship scheme.

Both apprentices received a certificate and a £100 Amazon gift card and now a plaque will be put up in reception and winners will be added each year.

Since Unitas’ inception in February 2018, 11 apprentices have been created and numbers are expected to grow.

Councillor Joanne Powell-Beckett, Cabinet Member for Housing, said: “Investing in Apprentices is really important to us; they are a breath of fresh air and injecting this young talent brings new ideas and a fresh perspective. It provides them with a positive long-term development opportunity.”