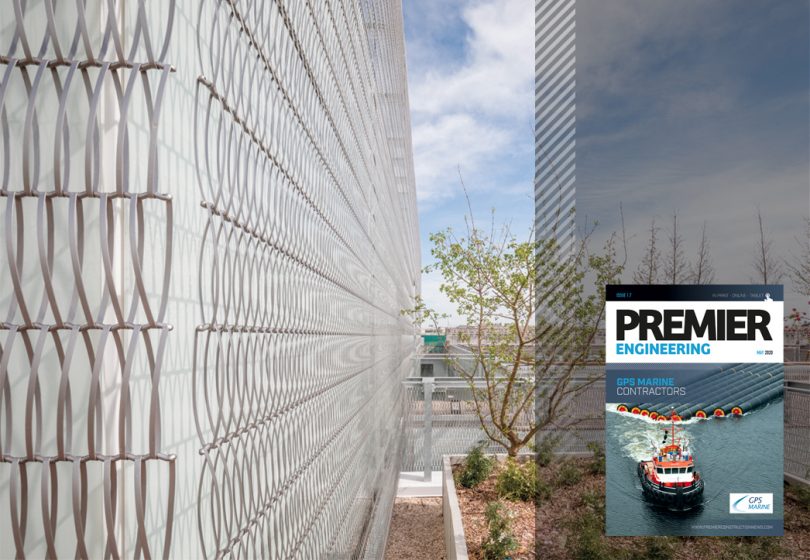 This Month in Premier Engineering 1.7

In this issue we highlight the work of GPS Marine; we check out the N25 New Ross Bypass; and we cast an eye over the mammoth Thames Tideway project.

Elements of the GPS Marine fleet are found in ports and rivers throughout Europe on general towage operations and in support of marine civils, dredging and renewable energy projects.

Primarily, however, GPS Marine is a marine contractor in the South East of the UK and on the rivers Thames and Medway, where marine civil engineering and dredging contracting compliment the operation of a large fleet of tugs and barges. GPS Marine’s Thames fleet of tugs, hold barges, hopper barges and flat tops are engaged on contracts to transport concrete aggregates and spoil and also to support major dredging, civil engineering and infrastructure projects.

The New Ross bypass scheme will significantly ease chronic traffic congestion in New Ross town offering time savings of up to 30 minutes. Additionally, it will provide efficiencies on the strategic N25 route from Cork to Rosslare Europort while also supporting the future growth and sustainability of New Ross Town and the South East region. The scheme also links the N25 route with the N30 New Ross to Enniscorthy route.

The biggest infrastructure project ever undertaken by the UK water industry, the construction of the 25km Thames Tideway tunnel under the River Thames will deliver massive environmental benefits for London.

Starting in Acton, West London, the tunnel will travel through the heart of London at depths of between 30 and 60 metres, using gravity to transfer waste eastwards. In addition to the tunnel preventing tens of millions of tonnes of pollution previously poured into the river every year, the removal of spoil from its construction is being undertaken through an ingenious eco-friendly system known as ‘More by River’.

With all this and more it’s time to dive into Premier Engineering. Go well!