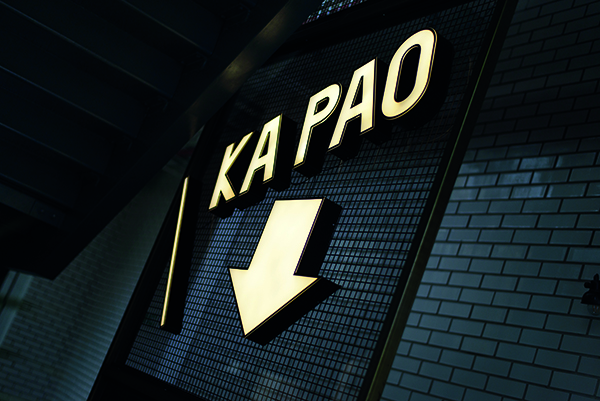 Mosaic Architecture + Design has given Ka Pao, the newly opened restaurant housed in the basement of the recently converted Botanic Gardens Garage on Vinicombe Street in Glasgow’s West End, a distinctly South East Asian look and feel to complement its menu.

Run by the company behind the popular Kelvingrove restaurant Ox and Finch, Ka Pao, (Thai for ‘Holy Basil’), which accommodates 120 covers with a separate bar area, has been designed by Stuart Black, Head of Interior Design at Mosaic, who was also responsible for the interiors of Ox and Finch.

PREMIER HOSPITALITY MAGAZINE sat down with Stuart to talk about the design. He said:

“Following the success in designing sister restaurant Ox and Finch, we were appointed by Scoop Restaurants to provide architecture and interior design services for the latest addition to its portfolio, Ka Pao, a 200 capacity bar restaurant with a £1m project cost located within the basement unit of the Grade A listed Botanic Gardens Garage development.

“For Ka Pao, the client knew what they wanted operationally and had a firm idea on the tone or vibe they wanted to create for the venture. The food may take some contemporary inspiration from Asian cooking, but we as a team didn’t want the interior style to be particularly Asian.

“Ka Pao is in a basement, but as it has a lot of industrial style glazing, it’s naturally well-lit. The windows are a great feature in themselves,” Stuart said.  “They instantly reminded us of the Lyles of Shoreditch, Pizza East and Shoreditch house building in London and this became a precedent in the functionalist, paired-back but welcoming and casual space we wanted to create.

“The glazing is a unique thing to have in a basement, but I’m really pleased with the interior lighting design too. All of the decorative lighting has been designed by Mosaic and manufactured specifically for the Ka Pao project, including the 40 or so globe pendant lights that cover the soffit.”

“Additionally, there is an industrial mix of white-washed concrete soffits, galvanized steel services, poured cement floors softened with live planting, reclaimed furniture and bold pops of colour. Earthy hand-fired and glazed tiles also create a vibrant colourful and richly illuminated interior that makes it feel as if the building has always had that interior, making it timeless, but also new enough to make it feel fresh.

“The project had its challenges. The Existing Grade A shell took a long time to convert into the various units and access to the site was limited due to the nature of these works. This meant there were lots of mechanical, electrical and design co-ordination we needed to figure out while our fitout was live on site, but we ended up with a fantastic space,” Stuart continued. “All the media coverage and reviews have been positive; about the food and the design too – which  is key for it to be successful.

“Overall, it’s been great for Mosaic Architecture & Design, to have worked once again for a restauranteur in Glasgow at the top of their game and to know we’re doing such a good job at delivering the client’s brief that we continue to get asked back.”

Headed by Jonathan MacDonald, Daniel Spurr oversees the operation of the open kitchens at Ka Pao and Ox and Finch, whilst Andy MacSween manages the front of house and bar teams at both locations. Twelve senior chef and restaurant management roles at Ka Pao and Ox and Finch have been fulfilled via promotion through the ranks of the business, underlining the company’s firm commitment towards staff development and progression. The opening of Ka Pao has created 35 full-time roles.

Jonathan said: “I have had an enormous amount of respect for the approach to food in South East Asia for as long as I have been cooking. The fascination was really ignited when I spent a lot of time working and travelling in that part of the world in my twenties.”

Daniel Spurr commented: “Ka Pao is not about trying to be authentic or replicating the food of any particular region or country. The guiding principle will be more about taking inspiration from dishes, ingredients and flavour combinations that we have encountered, that have influenced us and combining them with our own local produce.” 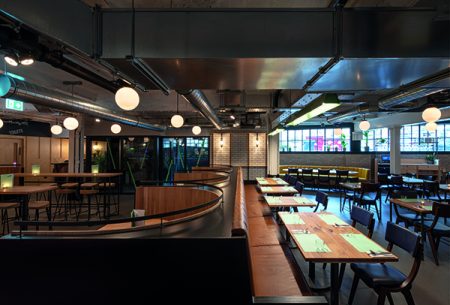