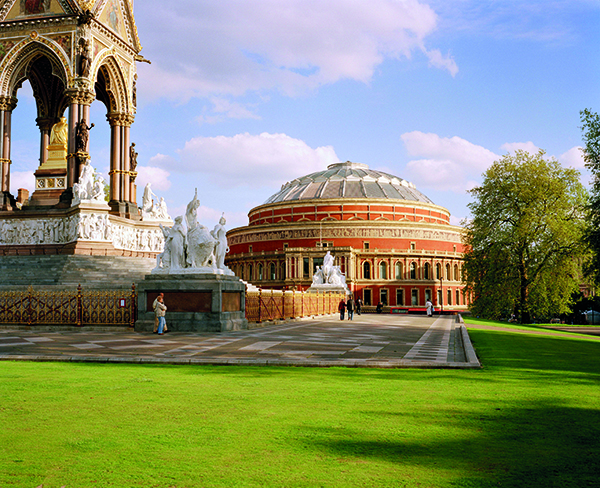 As the site approaches its 150th anniversary in 2021, a new two-storey double height basement is being created to provide much-needed space for artists, crew and promoters. The new accommodation will also enable the site to provide more contemporary facilities for the audiences within the Hall. The project has been nicknamed ‘The Great Excavation,’ as a tribute to Prince Albert and Henry Cole’s historic Great Exhibition of 1851, the success of which funded the creation of the area now known as Albertopolis.

Speaking to PREMIER CONSTRUCTION MAGAZINE about the project, Sara Crema, Director of Buildings and Operations said: “The excavation of the basement was part of our 2010 masterplan for the hall. This was created as a response to the need to enhance and expand the back of house artist and performer accommodation. We currently deliver around 400 shows a year and as a result we need to make sure that we offer the performers a space that is not only fit for purpose but is also world-leading.  We also need to provide the space to deliver those shows, so the need for the excavation was also to support the teams working on the shows, as well as for office space, storage and day-to-day space for the team who manage the loading of the shows. It is really about improving the overall experience for the artists and promoters whilst making sure the operational side of things works seamlessly.”

The project also includes the creation of dedicated public spaces to extend the Hall’s vital, life-changing and inspirational Educational & Outreach work, as well as giving them space in which to bring their rich archive to life, sharing the Hall’s unrivalled history of performance.

Work has also begun on improvements to daytime accessibility, front of house toilets, baby changing facilities and signage, along with the restoration.

Sara added: “We are also delivering a brand new Artist’s Bar as part of the renovations of the back of house space. We are making those spaces more contemporary and up-to-date and the work will include fully accessible dressing room space as well as newly fitted out principal dressing rooms and an orchestra dressing room.

“We are hoping that the Artist’s Bar will be delivered in time for our 150th year (2021). We are currently in stage four of the design and it will comprise a space for artists to relax and unwind in between performances. It will also double up as a performance space with a capacity of 150; however, its primary use is for the enjoyment of the artists backstage.

“Within this space we have been able to showcase original features of the building such as the brick barrel-vaulted ceilings. As part of the new basement scheme we have provided a new, energy efficient heating system to heat the new space, as well as the existing building. This has therefore allowed us to strip out the old steam heating plant that is no longer energy efficient and utilise some of those aspects in the new bar by showcasing them and highlighting them throughout the space.”

Also in anticipation of the Hall’s 150th birthday, a programme of conservation and cleaning of the building’s external facade is being undertaken including mosaic conservation and repair. The bright red and cream brick and terracotta exterior of this old building together with the mosaic depicting all the arts and sciences is one of its most prized and instantly recognisable features, and cleaning off London’s grime is essential to making the Hall look its best on its big birthday.

“We have also completed our condition survey so we put together a 20 year plan of planned maintenance and improvements across the hall which includes a number of conservation aspects,” said Sara. “One of our charitable objectives is to preserve and enhance the Grade I listed building so we are entering into a 20 year plan of maintenance, repair and conversation to support that.”

Work is also set to continue following the 150th anniversary year and will include decorating and refreshing the public areas and display of the Hall’s archive for everyone to enjoy.

Sara added: “The current decorative scheme within the Hall was delivered in the 1990s so we are looking at renewing those circulation spaces and bringing them up-to-date and making them more accessible and legible for way-finding for all of our visitors. We want to open up the spaces and make them more user friendly.

“Another project we are looking at and hoping will be delivered by 2021 is within the public realm to make the road that leads to Kensington North Road level access across form the park to the Hall. That again will be a huge benefit to visitors but primarily will improve accessibility for all and will improve the amenity value for our neighbours, as well as improving the link across to the park.”

Sara concluded: “This work is enormously important and we are all hugely supportive of this masterplan. It will allow us to maintain our position on the world stage as an iconic building and leading performance space in the world. We have to remain competitive and offer facilities that are up-to-date, modern and that are also accessible so all of our visitors can enjoy the space. I also think it is important that we demonstrate that this Grade I listed building is being cared for and looked after properly. 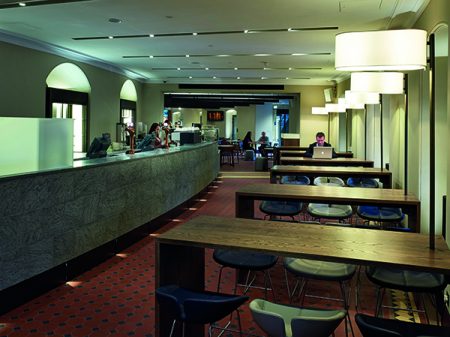