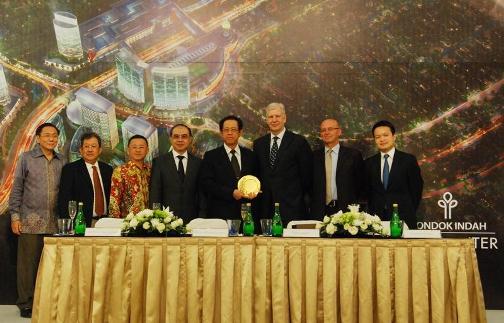 Scheduled to open in 2015, the hotel is being constructed in partnership with PT Pondok Indah Hotel, a subsidiary of public listed PT Metropolitan Kentjana Tbk.

“We are thrilled to work with IHG to introduce its maiden hotel and residences project in Indonesia. Located in one of the most sought after addresses in the city where there is a strong pent up demand for upscale accommodation, we are positive that InterContinental Jakarta Pondok Indah Hotel & Residences will cater to this growing segment and stimulate the hospitality industry in the country.”