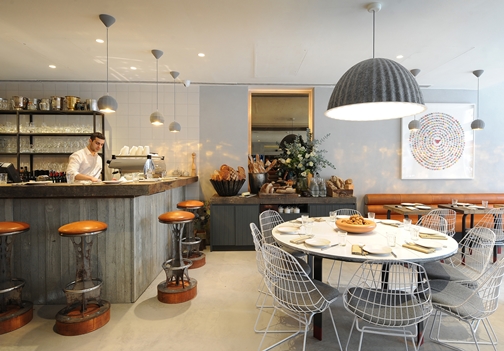 The team behind GAIL’s artisan bakery have been celebrating the opening of their first restaurant – GAIL’s Kitchen, in Bloomsbury.

GAIL’s was born in 2004, when Tom Molnar, Ran Avidan and Emma King decided that they wanted to provide Londoners with a quality local community bakery. They teamed up with Gail Stephens, founder of Baker & Spice and TBF – a small artisan bakery that supplies London’s top chefs – to open GAIL’s artisan bakery on Hampstead High Street in 2005.

The aim was and still remains, to bake delicious, top-quality bread and deliver it fresh to local people daily. 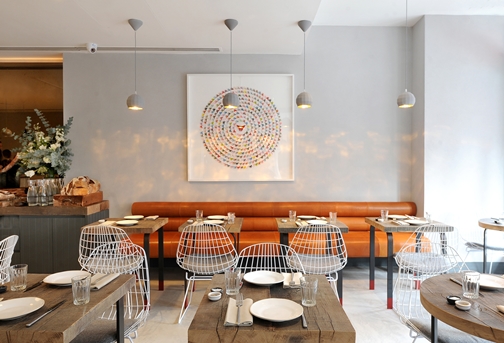 After the success of the bakery, the founders felt the time was right to expand and GAIL’s restaurant was duly opened next door in late November.

“GAIL’s Kitchen allows us to showcase our favourite dishes that we make once the bakery closes. We’re thrilled to be taking all of the things people love about GAIL’s, and making it slightly more grown up. We hope everyone will love the food (without the fuss) as much as we do.” 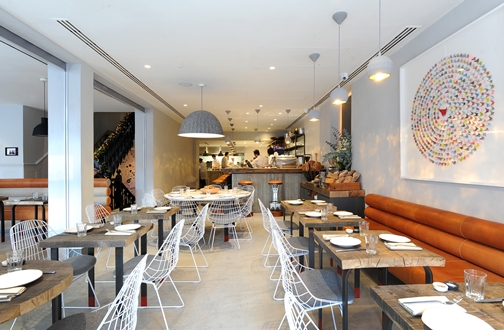 The restaurant offers some of the founder’s favourites from around the world and of course, the menu is complimented with some great sweet and savoury baked treats. Sample dishes at breakfast will include French toast with caramelized apples and maple butter; cornbread with fried eggs and tomato salsa, and minute steak with a poached egg.

The lunch and dinner menu features snacks such as baked Puglia olives and quail’s eggs with aioli and anchovy. Sharing plates include pizza Bianca with burrata, char-grilled violet artichokes and Parma ham; seafood chowder with herb cobbler; and young leeks vinaigrette with maple and mustard croutons. 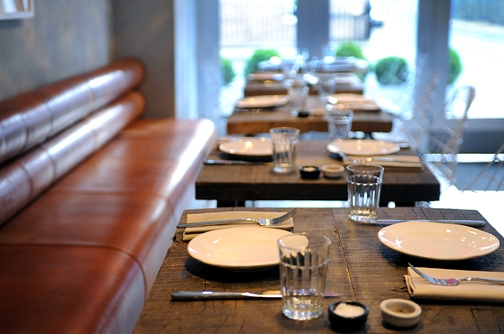 Finally, desserts include an ice-cream sandwich; croissant-wrapped pear with brown sugar custard, and savouries such as raclette on toast with pickled onions.

The menus were designed by Head Chef James Adams who previously worked at Kensington Place, Canteen, Fifteen and the River Café, before being appointed Head Chef of GAIL’s Kitchen. 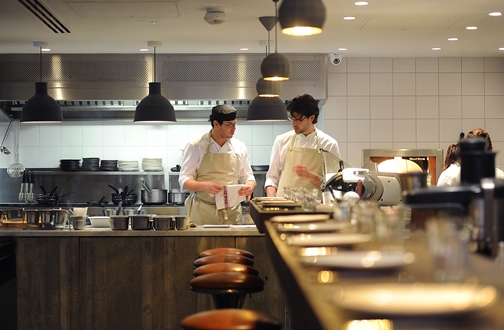 An open kitchen allows guests to watch the chefs prepare dishes from scratch and by hand, while open displays around the room showcase the fresh produce that forms the heart of the menu. The bread oven itself will sit at the heart of the restaurant, both literally and figuratively. 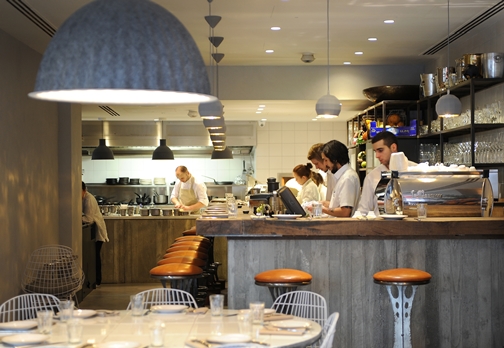 The room is decorated in warm greys with bespoke salvaged oak and steel tables and the walls are pitted cement plaster. The floor is poured concrete in warm grey, while the lighting is a combination of LED pendants and spun aluminium lamps.

The front of the bar is lined with concrete panels rough-cast in timber shutters, while the bar is topped with large salvaged oak beams. Behind the bar, a wall displaying fresh produce is constructed from burnished steel and large white ceramic tiles, reminiscent of old-fashioned bakeries. 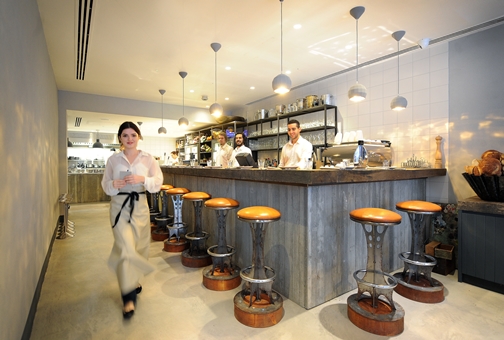 GAIL’s Kitchen has also teamed up with the internationally renowned Bloomsbury based Rebecca Hossack Art Gallery, who will be providing a rotational exhibition of unique artwork by top contemporary artists from home and abroad.