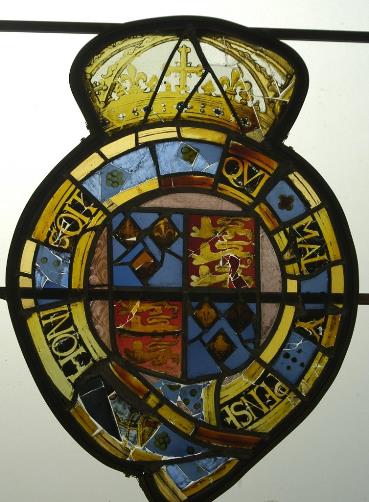 Not far from the Elizabethan mansion of Hill Hall in Theydon Mount, Essex sits St.Michael’s Church which, up until the 17th century, appeared bereft of stained glass.

This area was due for a visit by Queen Elizabeth I in 1570 and so the Hall was lavishly decorated in her honour, including some stained glass windows facing into the courtyard.  Unfortunately, such preparations were made in vain as a local outbreak of The Plague prevented the Royal visit.

In 1940 an even bigger blow came in the form of a parachute mine that landed nearby, causing much damage to the glass. It was not until sometime after the Second World War that the windows were moved from storage and given a thorough restoration, using the latest techniques of protective plating and resins.

More recently, Auravisions – a specialist stained glass restoration company – was commissioned with the task of restoring the windows at St. Michael & All Saints’ Church. 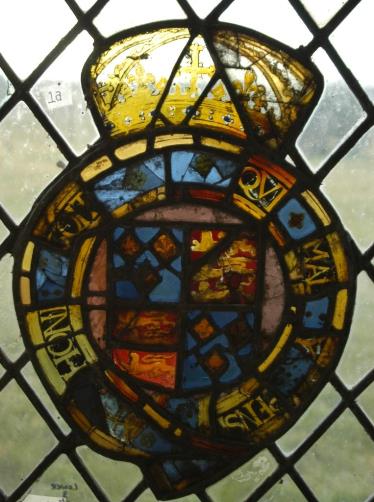 The company initially removed six panels in order to facilitate repairs by a stone mason to the brick window structure which had been clad in a thick hard render. On closer inspection however, it was discovered that the post-war restoration scheme had failed and that this rare and historically important glass was at risk.

Rain water had seeped in between the glass plates which sandwiched the original 16th century glass, along with many thunder bugs.  As both of these result in an acidic residue, the plates had to be removed.

All six panels consisted of heraldic shields surrounded by supporting diamond pattern glazing, and to access them for removal necessitated the dismantling of all the glazing. 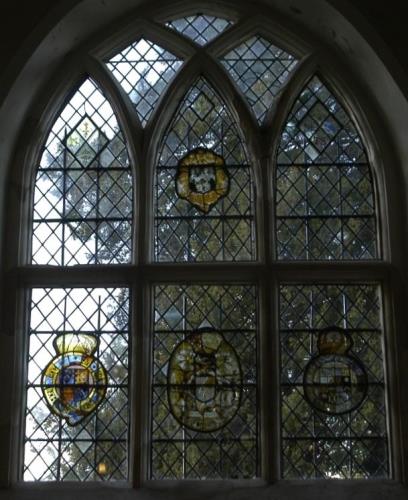 Funding was raised initially by a legacy left by a former Choir Master; some smaller donations from The Friends of Essex Churches and All Churches Trust, but the vast majority was hard won by fund-raising from the PCC.

The funds have enabled the delicate shields to be dismantled, cleaned, conserved, releaded, and set into a protective glazing scheme known as ‘Isothermal Glazing’.  This scheme allowed the shields to be removed from their diamond quarry glazing, replacing them with laminated glass that protects from the weather, impact and UV light.  The separated shields were then fitted into metal frames which were hung in front of their corresponding shapes of laminated glass in the original panels. 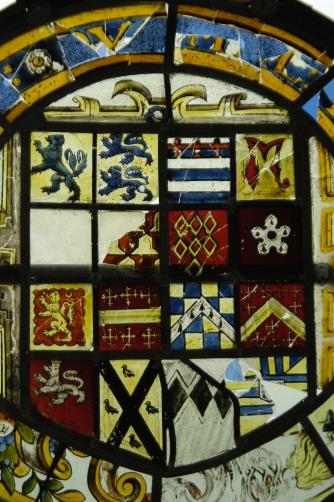 Securely fixed to additional internal glazing bars, leaving a 15mm-18mm air gap between the shields and outer diamond leaded glazing, the shields are now safe from the rain and from condensation due to being surrounded by air of the same temperature. (Iso = ‘equal’ in Greek: thermal = ‘of heat’).

For information on some of Auravisions other projects then visit www.auravisions.co.uk.