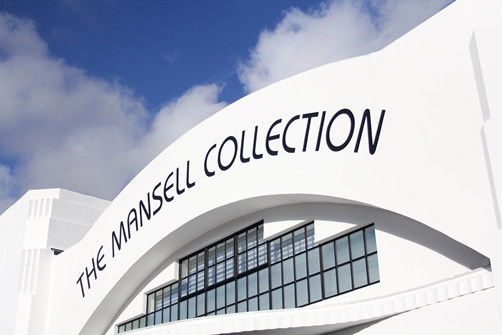 Few families could boast of such a rich racing tradition, but Nigel Mansell and his sons have clocked up a staggering number of trophies and race victories down the years and the general public will soon be able to experience the dramatic story for themselves.

The Mansell Collection is a two-part business based in Jersey; on the one hand it is a car sales business, on the other a museum detailing the record breaking career of Nigel.

Based in a stunning 1920’s art deco building, visitors can expect to see cars for sale ranging from a £5000 Suzuki swift or Mini, through to an Audio R8 or a Ferrari California. Whilst above the car showroom the final touches are now being made on the ‘The Story’.

When open in March, the upstairs space will showcase the numerous trophies, cars and memorabilia that have been accumulated throughout Nigel’s illustrious career.

Visitors will be treated to an up-close viewing of some of the most powerful machines ever made, from the S6 40 from Ferrari driven in 1989 to the F114 Williams car, driven in 1992 when Nigel won the World Championship. The Story will also showcase a Le Mans car and the GP master’s car driven in 2005.

When asked about the collection, Managing Director and Nigel’s son Leo said:

“The story will be opening around mid march and visitors can expect to see a very unique collection as to my knowledge there is not another one like it in the world in terms of Formula One memorabilia. This is because a lot of the drivers do not keep their trophies, the manufacturers or sponsors keep them. To have all these things in one place and for them to be the original trophies is very rare and unique. 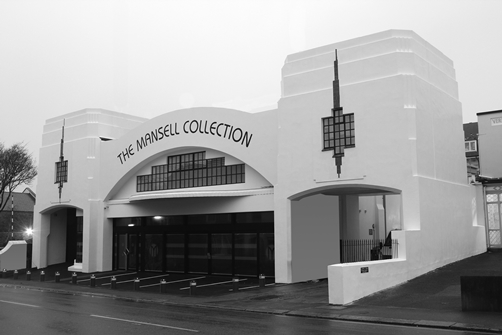 “My dad had it built into every contract he signed that he always wanted to keep his trophies; it is lucky that he had foresight to really do that, as when you’re young rushing round the world racing it’s not always at the front of your mind. A lot of hard work goes into winning races and so it’s nice to keep trophies.”

The building which the showroom and collection are based in has a long history itself, since its construction in the early 20th century it has played host to a variety of functions. Previously it has been a mechanics workshop, a taxi headquarters and a garage.

For that reason when it was acquired by the Mansell family it did need a bit of TLC and has since been completely refurbished. The insulation, electrics and plumbing have been re-done and brought up to modern standards.

However Leo was keen to stress that the heritage of the building has been preserved, he said:

“We have maintained all the historic features of the building and we also tried to carry through the art deco theme throughout the building. In the museum area for example all the cabinetry has an art deco style – all white with stainless banding. Furthermore the original ceiling and roof from early 1900’s this is exposed, which I think is a nice touch to show the heritage. 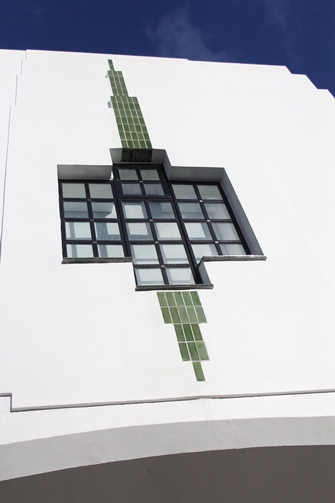 “It has just been a case of designing the space to best fit with what we wanted to put in, at the same time showcasing what the building has to offer.”

In addition to offering a showroom and a museum, the venue is also available for hire for corporate events-offering private access to one of the most unique displays of motoring history. The boardroom can seat up to 18 people and includes wide screen TV connectivity, conference telephone and wifi.

When complete in March The Story will be open Monday to Saturday 2pm-6pm, admission for adults is £10 and for children age 6-12 it is £5, children under 6 get in free along with OAP’s.

For more information on the collection then visit www.themansellcollection.co.uk. 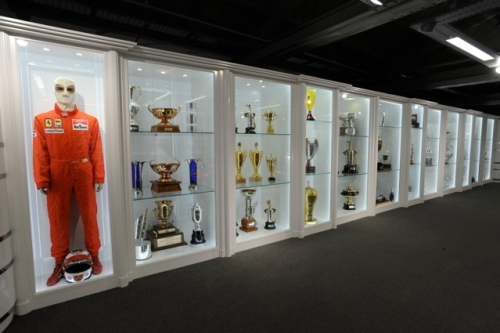 Born in Upton-upon-Severn, Worcestershire in 1953, Nigel Mansell is a British racing driver who won both the Formula One World Championship in 1992 and the CART Indy Car World Series in 1993. This achievement is unique in that Nigel is the only person to hold both titles simultaneously.

The former F1 driver also held the record for the most number of poles set in a single season, the most leading laps for a season, and the most wins from pole in a season up until 2011 when Sebastian Vettel rivalled those records. 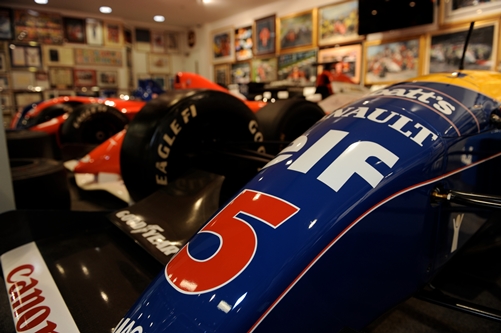 In more recent years Nigel has competed in the Le Mans Series with his two sons Leo and Greg and has also sat on the stewards’ panel for the 2010, 2011 and 2012 Formula One seasons.

So what drew this racing icon to car sales? When recently asked by the Daily Telegraph, Nigel said:

“People come and go on this planet and very few people leave legacies behind; I’m hoping this unique building and what Leo is achieving will leave a great legacy.

“In truth we’ve been looking for a home for the memorabilia for probably 20-plus years. The biggest exciting thing is the opportunity to bring all of our future business interests and current interests together so that the power base comes from here. So although we’ll be trading downstairs and have the museum upstairs, there will be many other strings to the bow which people won’t see. 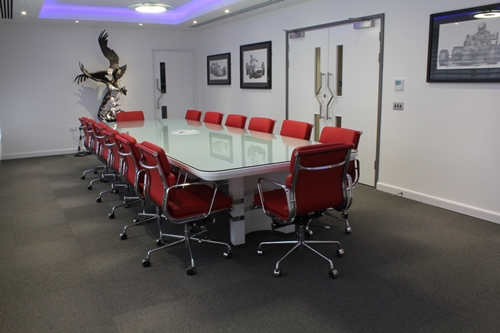 “There are all the trophies throughout my karting career, trophies in F3, F2, IndyCar, GP Masters – the cross-section of interest in there is extraordinary.

“Everyone can have an opinion but as the stats stand at this time, the collection is second-to-none in the world. There’s much more memorabilia in there to do with motorsport which will create great interest for people who visit and will be an incredible tourist attraction.”

“Whatever the budget the customer has, that’s an important budget to them, and to us. We are going to develop a more personal way of doing business. We are not looking at quantity, we are looking at quality and that makes a big difference in how you trade. With the experience we have and with the enthusiasm that the Mansell team have, and our history in motorsport and the car industry, we are looking at doing things a little bit differently.

Nigel’s son Leo may be managing the collection, but Nigel himself will be overseeing the operation and will be dropping into the showroom as regularly as possible – so be prepared to buy your car from a racing giant! 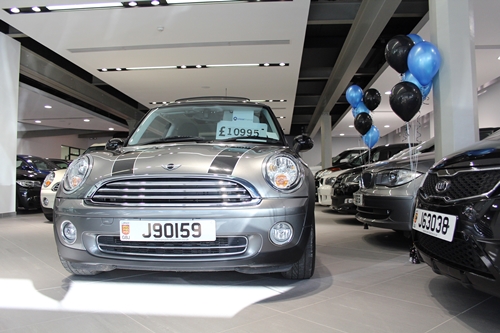 In addition to being the Managing Director at The Mansell Collection, Leo is also an experienced racing driver himself, having competed several times in the Le Mans Series and the gruelling 24 hour Le Mans race.

The race has been held annually since 1923 near the town of Le Mans, France and is the world’s oldest active sports car race in endurance racing. Race teams have to balance speed against the car’s ability to run for 24 hours without sustaining mechanical damage and manage consumables primarily fuel, tyres and braking materials.

The endurance of the drivers is likewise tested as they frequently spend stints of over two hours behind the wheel before stopping in the pits and allowing a relief driver to take over the duties. Drivers then grab what food and rest they can before returning to drive another stint

When asked about his experience in the Le Mans Series, Leo said:

“Le Mans was an amazing experience and I’m just so thankful for having been able to have competed in it.

“There are so many people who try dozens of times to finish the race for even the first time and don’t manage it. I’m glad I had the opportunity to do it and it’s always an achievement to finish unscathed and to get a result, it really was a phenomenal experience.

“Hopefully I haven’t competed in it for the last time, I would 100% consider competing in the series again. Racing is not over for me, it’s just a difficult time for everyone at the moment with sponsorship, companies are holding onto their money and quite rightly. It’s just the case to sit tight and concentrate on business right now.”

Speaking about growing up in a household rich in racing, Leo added:

“Motorsport has been a massive part of my life for a long time. Racing has been all I have known, it’s just normal to me, as it would be if someone’s parents were lawyers, doctors or teachers, it’s just the way my life has been and what I’m used to.”

“It’s a great environment to come and buy a car. To have the collection upstairs is the cherry on the top which gives us the opportunity to be a unique place and to hopefully sell a product which people will be very happy with.

Line-X is a spray on protective coating which will protect virtually any surface from impact, abrasion, corrosion, most chemicals and premature wear and tear.

The spray is applied by the Line-X team which has bases worldwide; the recently opened Channel Islands branch will provide Island residents the opportunity to benefit from an expanding range of applications.

Most recently the firm carried out works on The Mansell Collection in Jersey were the access ramp to the first floor level was coated in Aspart-X.

When asked about the works at The Mansell Collection, a spokesman for Line-X said:

“We feel privileged to have been chosen to work on such an exclusive project. It is wonderful for Jersey to have such a unique collection available for viewing.

“It has been an exciting year for the Line-X team, with projects such as The Mansell Collection, coating the inside of the concrete mixer to make it food safe for Heston Blumenthal to bake the World’s largest Christmas pudding, as well as collaborating with West Coast Customs to launch Line-X Body Armour.”