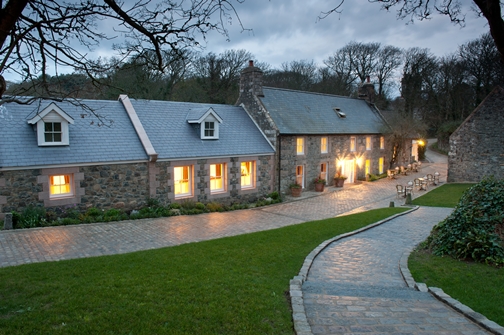 Work to redevelop La Moinerie Hotel in Sark has been recognised at the Natural Stone Sustainability Awards – the world’s largest event for sustainable design and construction.

La Moinerie Hotel scooped the gold award in the Re-use of Materials category after wowing judges at the national awards ceremony. In fact, the judges were so impressed with the work that hotel owners Sark Estate Management; architects Lovell Ozanne; and contractor Granite Le Pelley had conducted they were re-presented the award at the Stone Federation’s main awards, which recognise outstanding projects involving the use of stone.

“It was fantastic to win gold in the Natural Stone Sustainability Awards, but to be recognised at the main event is a huge achievement and one we were very proud of.

“La Moinerie was a fascinating project to work on and gave Granite Le Pelley the opportunity to utilise many of its staff’s expertise and experience. Everyone involved takes enormous pleasure in seeing how old building materials can be given a new lease of life thanks to the innovation of Sark Estate Management as owners of La Moinerie and Lovell Ozanne who created the vision.”

La Moinerie, which occupied the site of a 6th Century monastery and working farm until 1980, was praised for the way in which the original stone from the surrounding derelict buildings had been reclaimed and cleaned. In addition, the creation of a cobbled lane and courtyard also received recognition. The 18th Century granite cubes used to create the lane and courtyard had previously been used in Brittany but when they were replaced with a modern road the materials were subsequently shipped to Sark. 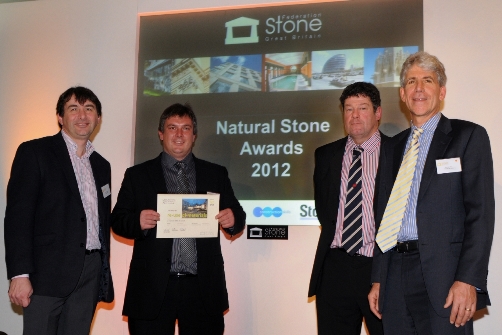 “Our philosophy before we started to restore La Moinerie was to support the island’s economy and to use local resources and materials as much as we could. La Moinerie was a unique project but the result is one of the most sustainable hotels in the Channel Islands, so for it to be recognised by the Stone Federation again is good news for the hotel, for those involved and for Sark as a whole.”

The Natural Stone Awards are run by the Stone Federation Great Britain and are currently in their 16th year. The most recent event was held at Lords Cricket Ground and the aim of the awards is to highlight sustainable qualities of natural stone.

The Awards are viewed as a benchmark for achieving best practice in the sector and reward outstanding achievement, awareness and innovation.